'Potentially Hazardous' Apollo Asteroid is Sweeping Towards Earth, Expected to Fly by Planet in May 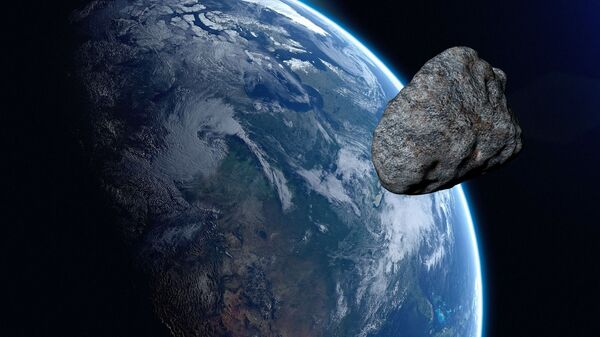 The Apollo category space rocks are believed to be the most dangerous intruders as they intersect our planet’s orbit with theirs, prompting NASA’s tracking system to closely monitor their movements.

An almost 500-metre asteroid is currently hurling towards our planet, and will come particularly close on 7 May, Nasa’s Centre for Near-Earth Object Studies revealed on its website.

The space rock is dubbed 2009 XO, or 438908, and according to the agency’s estimates, judging by the way it reflects light, could eventually turn out to be no more than 210 metres in diameter.

2009 XO is designated as a “potentially hazardous” object by NASA, as it belongs to the Apollo-class of asteroids, meaning that their orbit crosses paths with the orbit of our planet. The asteroid will be moving at a speed of 12.7 kilometres per second when the clock strikes midnight on 7 May. It is not expected to come closer than 0.02268 astronomical units or 3,393,570 kilometres to our planet that day, but this is still considered “close” and “potentially” dangerous by NASA.

Science & Tech
Image of a Giant Asteroid Flying Towards Earth at 8.7 Km/s Released by Arecibo Observatory
The rock orbits the sun every 926 days, but only approaches it from a distance of 127.5 million kilometres.

Apollo asteroids usually spend most of their lifespan outside of the orbit of our planet, contrary to Aten asteroids, and some of them are carefully monitored by NASA due to their “potentially hazardous” status and also because of the significant regional damage they can cause in the event of a collision.