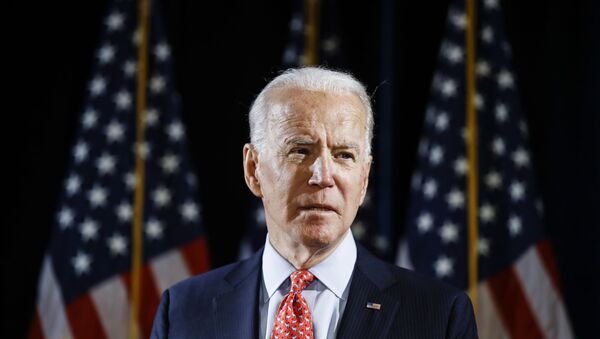 A new report from The Intercept’s Ryan Grim on Friday offered credibility to Tara Reade’s story on then-Senator Biden’s alleged 1993 sexual assault, as well as her claim to have confided in multiple people about it at the time, which she detailed in a previous interview with the outlet.

However, Reade mentioned in her first interview with podcast host Katie Halper, as well as to The Intercept, that her mother had called into “Larry King Live” and talked about her and the experience. With the assistance of a podcast listener, The Intercept was able to find the episode in question, which was King’s program on August 11, 1993, entitled “Washington: The Cruelest City on Earth?”

Within the clip, an anonymous caller from San Luis Obispo, California, is overheard discussing how her daughter’s grievances while working under a “prominent senator” were never addressed and left her with limited options to move forward. At the time, Reade’s mother was a resident of San Luis Obispo County, according to property records reviewed by The Intercept.

“I wonder what a staffer would do besides go to the press and in Washington. My daughter has just left there after working for a prominent senator and could not get through with her problems at all, and the only thing she could’ve done was go to the press, and she chose not to do it out of respect for him,” the California caller detailed.

“She had a story to tell, but out of respect for the person she worked for, she didn’t tell it,” Larry restated for clarity’s sake, to which the woman replied, “That is correct.”

“But these are the people who do come to the Lois Romanos, right? The staff worker who says ‘I want to let you know about what’s going on with either my boss or the guy down the hall,’” King said to the WaPo journalist.

Reade took to Twitter Friday evening to confirm it was indeed her mother speaking in the video, originally posted by journalist Rich McHugh.

This is my mom. I miss her so much and her brave support of me. https://t.co/okU80kqWAI

Reade formally filed a criminal complaint earlier this month regarding the 1993 assault and has communicated that she is willing to testify under oath and cooperate with law enforcement if deemed necessary. At the time of the incident, Biden represented the state of Delaware in the US Senate, having started in 1973. He left office in 2009, when he was elected to the vice presidency.

"I was trying to have a deeper conversation about sexual harassment in the workplace and powerful men," Reade told Newsweek followiing the filing.

"I'm not going to get traditional justice, like with [Harvey] Weinstein's case," she said of the disgraced movie mogul. "I'm looking for something more existential — to not have to keep a secret because it's somebody powerful."

Biden, who in April 2019 claimed he would “be more mindful about respecting personal space,” has not personally spoken or released a statement on the accusations.

However, the alleged 1993 assault has been described as “untrue” by the former vice president’s Deputy Campaign Manager and Communications Director Kate Bedingfield.

“He firmly believes that women have a right to be heard — and heard respectfully. Such claims should also be diligently reviewed by an independent press. What is clear about this claim: it is untrue. This absolutely did not happen,” Bedingfield’s statement on behalf of Biden read, as reported by NPR.