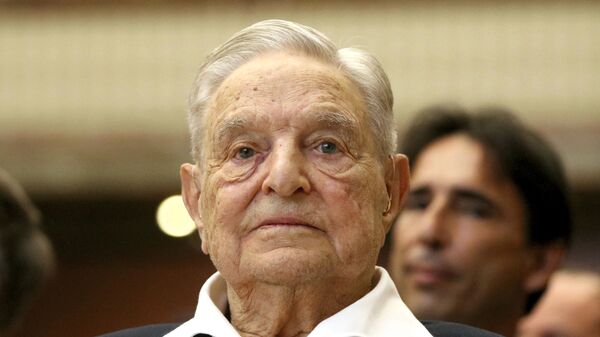 Oleg Burunov
All materialsWrite to the author
Last week, Michael Caputo, who worked on Donald Trump's 2016 presidential campaign, was appointed by POTUS as Assistant Secretary for Public Affairs at the US Department of Health and Human Services.

The newly nominated spokesman for US the Department of Health and Human Services (HHS), Michael Caputo, has blamed George Soros and the Rothschild family for trying to exploit the coronavirus pandemic in order to promote their own agendas, according to CNN which managed to uncover more than 1,000 Caputo tweets he deleted before entering office.

In a now-scrapped tweet on 15 March, Caputo, who is infamous for his remarks on social media, responded to self-proclaimed China analyst Jack Prosobiec, who speculated on Twitter why billionaire investor and philanthropist Soros allegedly adheres to his favourite political causes rather anti-COVID-19 efforts.

“Are you kidding? Soros’s political agenda REQUIRES a pandemic”, Caputo claimed, in what was followed by another tweet, in which he posted a Soros photo captioned “The real virus behind everything”, also adding skulls and crossbones.

The economist, thought to be not related to the Rothschild gamily, is known for his fierce criticism of Trump who David Rothschild claims is seeking “to murder” people in a bid to stay in power.

Trump nominated Caputo as Assistant Secretary for Public Affairs at the HHS on 12 April, a decision that was reportedly in part due to POTUS’ frustration over the way department secretary, Alex Azar was dealing with communications during the COVID-19 crisis.

CNN, in turn, reported that ahead of entering office, Caputo had deleted more than 1,300 tweets and retweets on his Twitter page from late February to early April, including those pertaining to the coronavirus. CNN managed to unearth the tweet by using the Internet Archive's "The Wayback Machine".