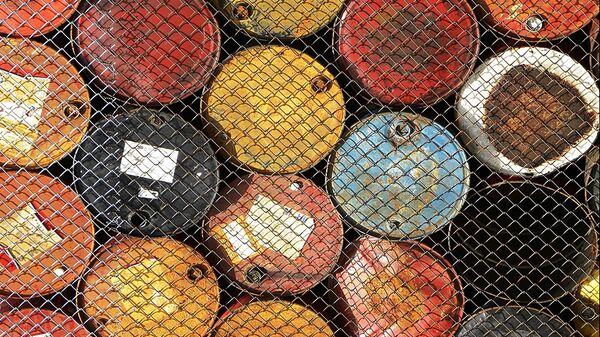 CC0 / Schmucki /
Subscribe
Sharp disparities between supply and demand on the oil market owing to the coronavirus crisis have sent prices down and forced oil producing countries to accept cuts in production. Following in the footsteps of others, Norway will join OPEC companies and Russia in such an endeavour.

To stay afloat, Norwegian oil companies should expect to cut production by 5 to 10 percent, oil analyst Anders Holte of the company Kepler Cheuvreux has warned. This corresponds to anywhere between 100,000 and 200,000 barrels per day.

“After OPEC cuts, we still have 18 million barrels in oversupply. Then you can deduct five million barrels to build up strategic reserves, but then we still have 13 million in excess. It's just too much. Norway, Brazil, and other oil countries have to cut”, Holte told the economic newspaper Dagens Næringsliv.

Holte described the oil market as being “in total imbalance”, and the prices as “basement-level”.

“Oil companies are getting prices that are miles away from what you see on your screen”, he said.

According to Holte, the production cuts will last over the summer. He suggested that the exact implementation of the cuts is up to the companies.

“Then the unprofitable oil fields will be the first to go, but then they will have to cut into larger fields”, he mused.

Holte also mused that before the government comes puts forth any rescue package for the industry, all companies are likely to adjust their dividend payments. On Thursday, the Norwegian petroleum giant Equinor announced a 67 percent cut in dividends, followed by a 44 percent cut by Lundin.

Three three weeks ago, Norwegian Petroleum and Energy Minister Tina Bru stated that her ministry would consider a unilateral cut if a broad group of producers agreed to cut production significantly. Since then, oil prices have fallen by another 30 percent.

On Thursday, Bru pledged to “resolve the matter in the near future”.

Earlier this spring, a historic agreement by OPEC+ and partner nations to cut oil output by some 9.7 million barrels per day through June was concluded.