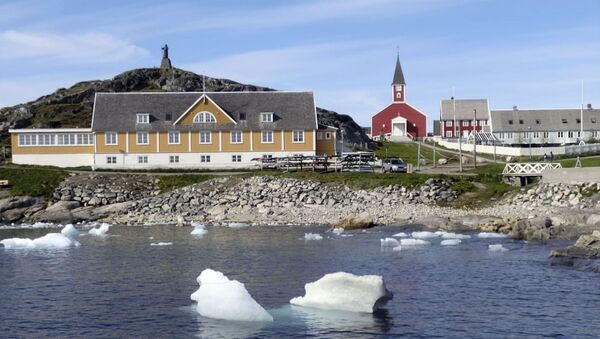 While US President Donald Trump's attempt last year to purchase Greenland failed, Washington appears to be determined to further boost its influence over the world's largest island and the location of the country's northernmost airbase.

The United States is preparing a “substantial package of financial support” for Greenland, US Ambassador to Denmark, Carla Sands, has written in an opinion piece in the newspaper Altinget.

According to Sands, this will provide a renewed impetus for growth.

“It is our wish to cooperate with the entire Danish Realm to promote entrepreneurship and innovation and thus stimulate sustainable economic growth in the Arctic”, Sands wrote.

The US has recently set up a consulate in Greenland in hopes of becoming its preferred trading partner in the Arctic. Carla Sands wrote that the consulate in the capital of Nuuk will be the starting point for increased, daily contact with the Greenlandic people. She added that over the past year, an American diplomat had travelled around Greenland to exchange views and forge contacts with all sorts of people, students, business people, and representatives from both state and local government.

“Now that our diplomatic presence becomes permanent, we hope to be able to further deepen and strengthen the relationship between the US, Greenland and Denmark”, Sands wrote.

Additionally, Sands warned about an “aggressive Russia”, which is claimed to have strengthened its military potential in the Arctic, and a “greedy and polluting China”, and instead promoted the US vision of the Arctic, which, she insisted, was based solely on “transparency, cooperation, and democratic values”.

Although this evaluation is more or less consistent with that of the Danish intelligence community, as the Defence Intelligence Service has repeatedly mentioned Russia and China in its threat assessment, and the country's mainstream media, whose analysts and journalists tend to emphasise the “Russian threat”, the US plans were not received well.

According to the Conservatives, the US is “quite openly” working to undermine the unity of the realm.

“The US is quite openly working to undermine the unity of the realm. They have always been on a long leash, but there is a limit, and in the end they may not even be present in Greenland unless they put that agenda on ice. This is totally unacceptable”, Conservative Greenland spokesman Rasmus Jarlov tweeted.

​According to Social Liberal foreign spokesman and former Foreign Minister Martin Lidegaard, Greenland is geopolitically interesting because of its location in the Arctic, as well as its natural resources, a phenomenon he described as “an explosion of interest in Greenland and the Arctic”. At the same time, he cautioned Greenlanders “not to be naive”.

“If Americans decide to give financial support, it's because they expect to get something in return. Greenland must decide whether they want to accept it”, Lidegaard told Danish Radio.

He emphasises that it is still difficult to relate to the message, as it is not clear what exactly it covers.

The liberal-conservative Venstre is more positive, but its Greenland spokesman Christoffer Melson also mentioned his reservations.

“It is my impression that it is Greenland's wish to attract business investment and develop the economy, but ultimately it is up to Greenland to what extent cooperation will be made”, Melson said.

Last year, US President Trump shocked Denmark with his proposition to purchase Greenland, an offer Danish Prime Minister Mette Frederikesen politely declined, explaining it was not for sale.

Despite enjoying a broad autonomy and being home to Thule, America's northernmost airbase, Greenland remains part of the Danish Realm. As of today, Greenland is heavily dependent on an annual subsidy of DKK 3.5 billion ($510 million). Prospects of mining and tourism remain hampered by a lack of infrastructure and highly inhospitable climate.