Vladimir Ulyanov, better known as Lenin, was a Russian revolutionary and the leader of the Bolshevik Party and the October Revolution. He was the first leader of the USSR and the government that assumed power at the end of 1917.

Tens of thousands of statues, busts, and monuments to Lenin were erected across the now-defunct Soviet Union and allied nations, then later torn down after the collapse of the USSR in 1991. Many, however, remain with each large Russian town or city usually boasting at least one.

Lenin monuments can be found all over the world, including Cuba, Vietnam, Germany, Northern Ireland, the US, the Netherlands, and Antarctica.

The Soviet Union was a country that existed between 1922 and 1991. It was succeeded by Armenia, Azerbaijan, Belarus, Estonia, Georgia, Kazakhstan, Kyrgyzstan, Latvia, Lithuania, Moldova, Russia, Tajikistan, Turkmenistan, Ukraine, and Uzbekistan. 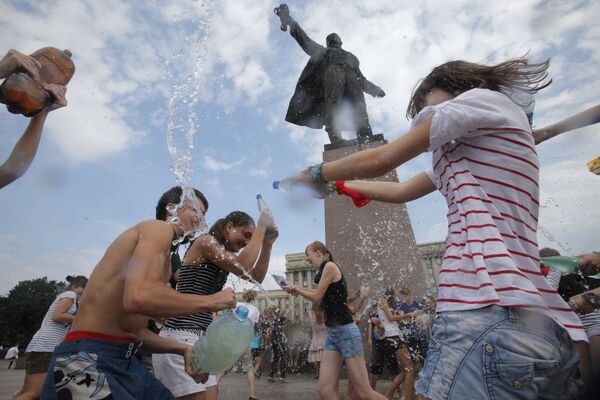 1/21
© AP Photo / Dmitry Lovetsky
Young people cool down near a fountain in St.Petersburg, Russia, Friday, 29 July 2011, with a monument to Soviet founder Vladimir Lenin in the background. 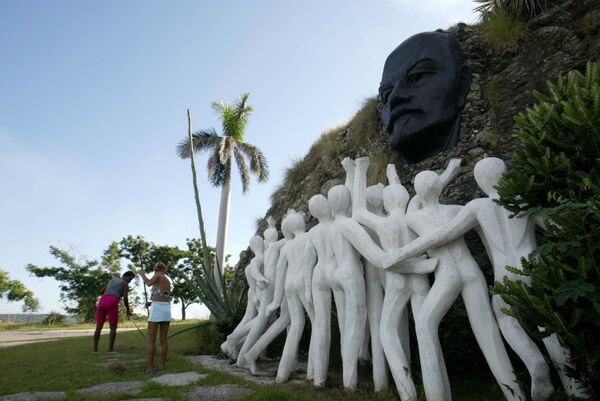 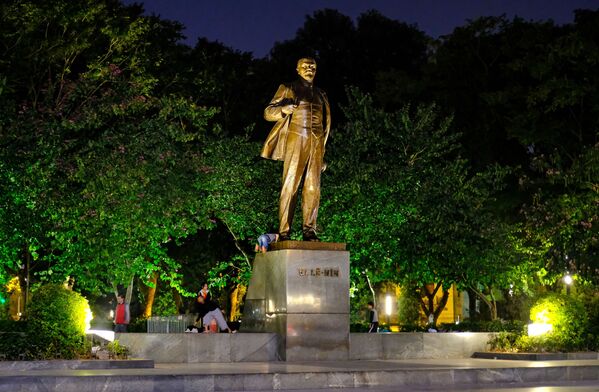 3/21
© Sputnik / Pavel Lvov
/
Go to the photo bank
A monument to Soviet founder Vladimir Lenin in the city of Hanoi, Vietnam. 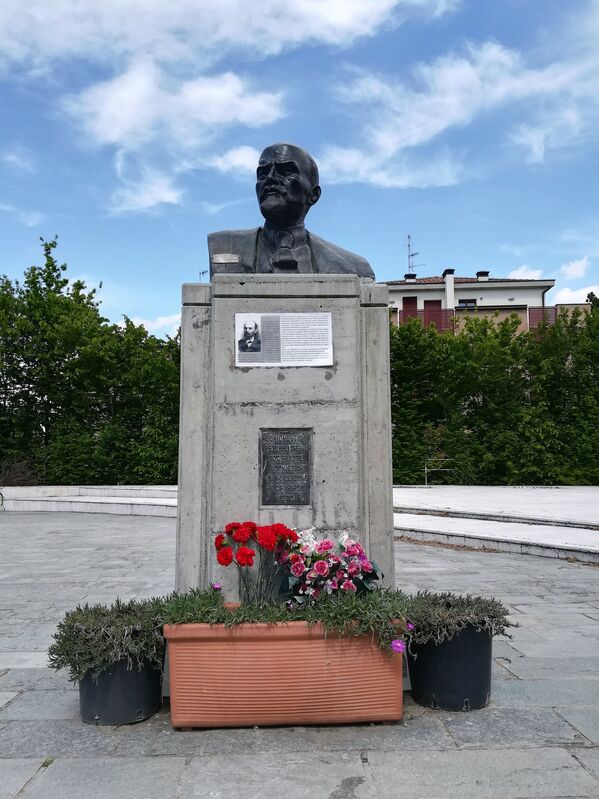 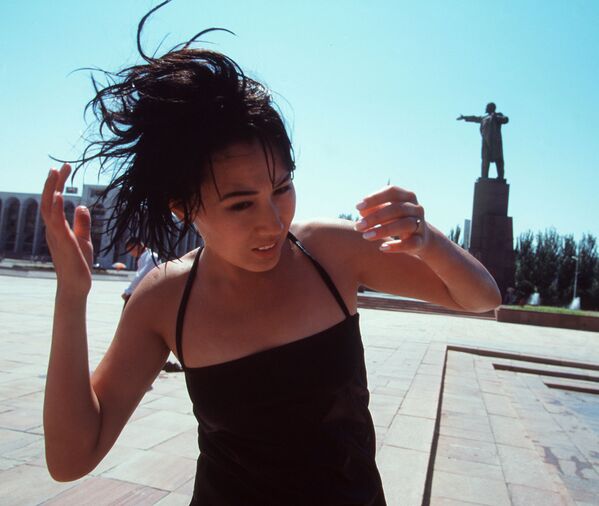 5/21
© Sputnik / Igor Mikhalev
/
Go to the photo bank
A girl poses in front of a monument to Soviet founder Vladimir Lenin in Bishkek, the capital of Kyrgyzstan. 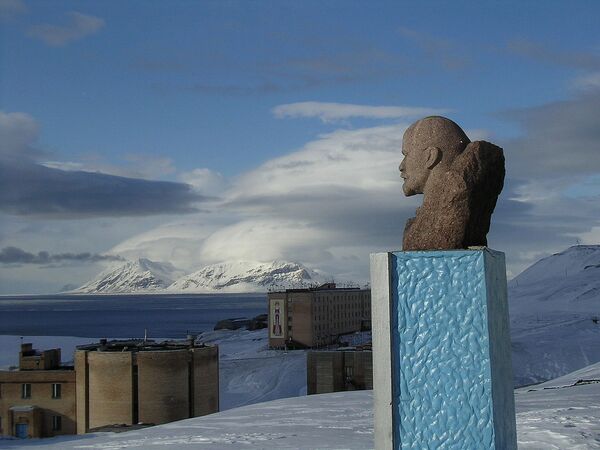 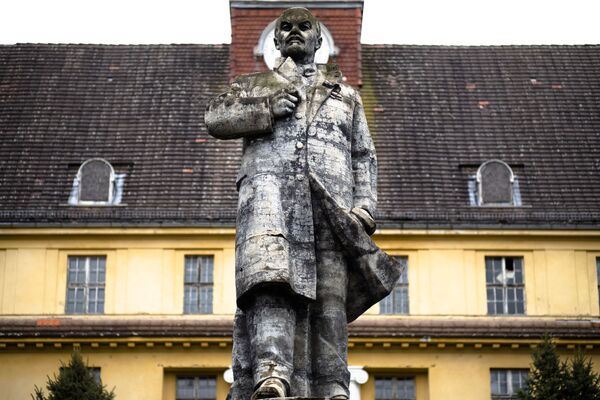 7/21
© AP Photo / Markus Schreiber
A Lenin monument stands in front of the abandoned "Haus der Offiziere", the headquarters of the Soviet military high command in the former East Germany, in the Wuensdorf neighbourhood of Zossen, some 40 kilometres (25 miles) south of Berlin. The "Haus der Offiziere" or officers' complex was inaugurated in 1916 and has housed the military of German Emperor Wilhelm II, the Nazi command centre for the army during World War II, and the headquarters of the Soviet military high command. It has been vacant since the last Russian soldiers left the compound in 1994. 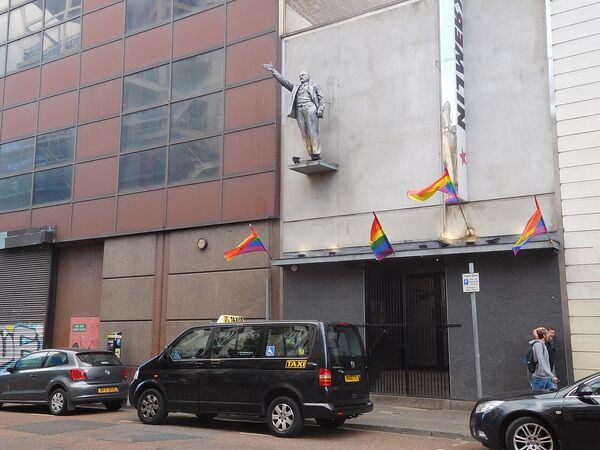 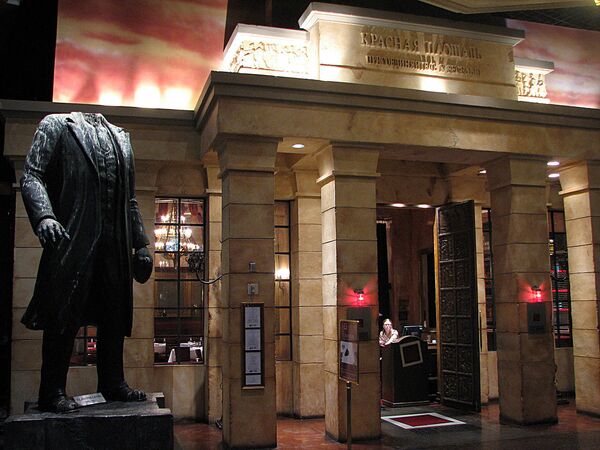 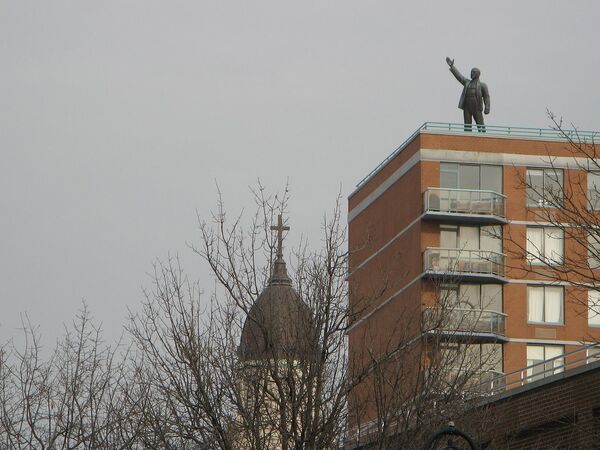 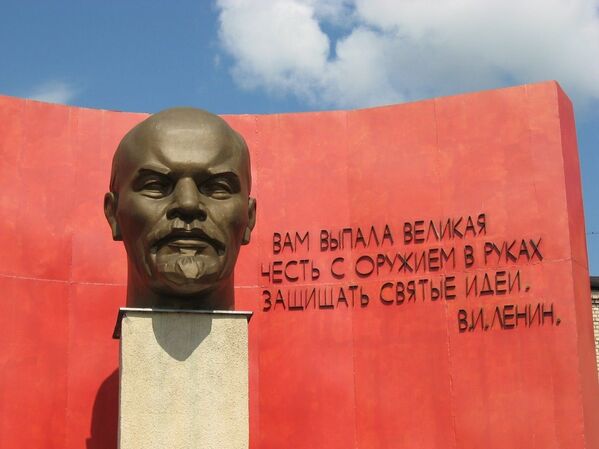 11/21
© Photo : Public domain / R&HGG
A bust of Vladimir Lenin in Minsk with the caption: "You have been honoured with a great weapon in your hands to defend holy ideas". 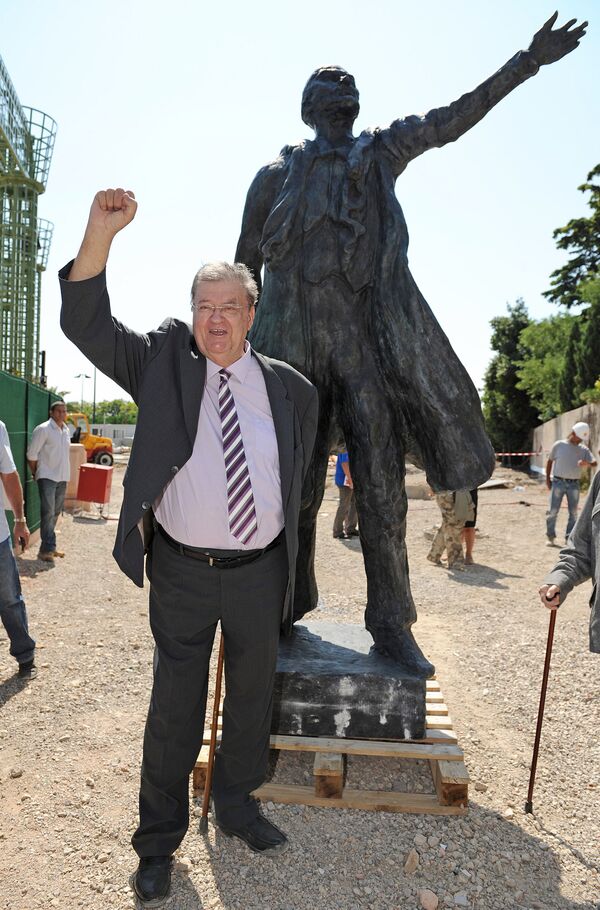 12/21
© AFP 2022 / Pascal Guyot
The French president of the Languedoc-Roussillon region and chairman of Montpellier's development community, Georges Freche waves on 18 August 2010 in Montpellier, southern France in front of a 3.3 metre (11 foot) bronze statue of Lenin. 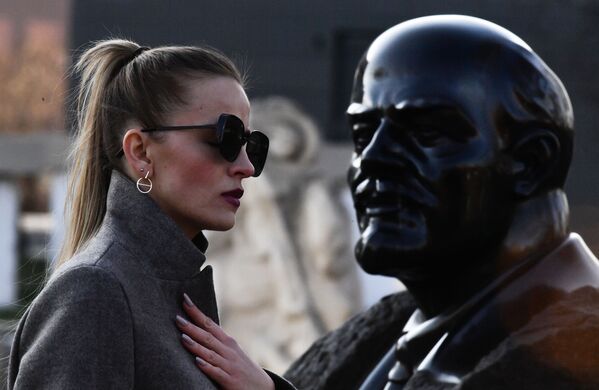 13/21
© Sputnik / Vladimir Astapkovich
/
Go to the photo bank
A girl passes by a monument to Soviet founder Vladimir Lenin in Moscow. 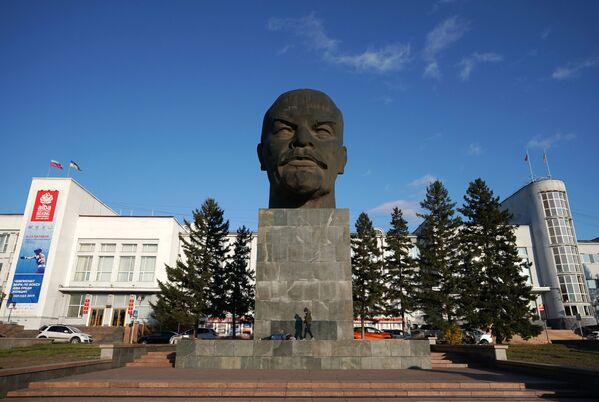 14/21
© Sputnik / Evgeny Biyatov
/
Go to the photo bank
A monument to Soviet founder Vladimir Lenin in Ulan-Ude, a city in eastern Siberia, Russia. 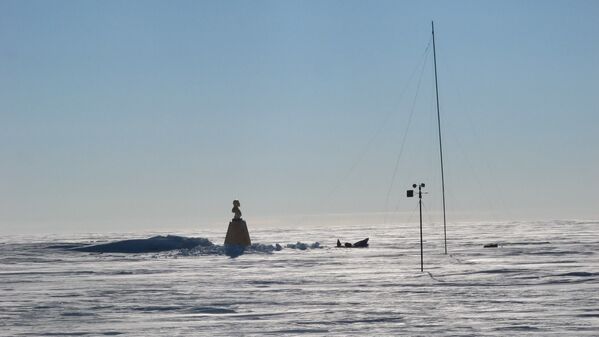 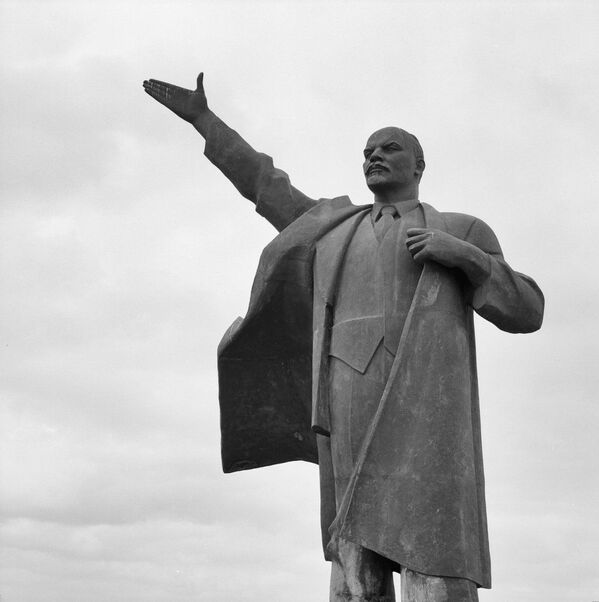 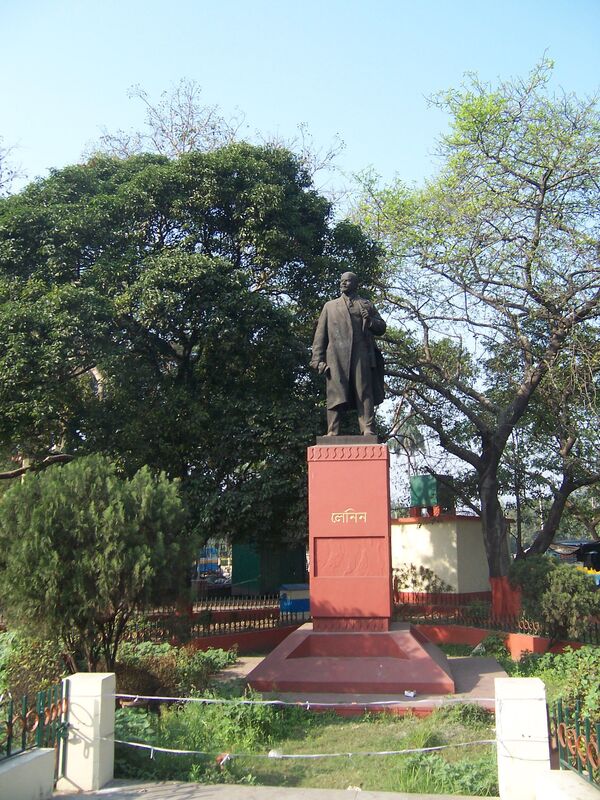 17/21
© Photo : Public domain
A monument to Soviet founder Vladimir Lenin in Kolkata (formerly Calcutta), the capital of the Indian state of West Bengal. 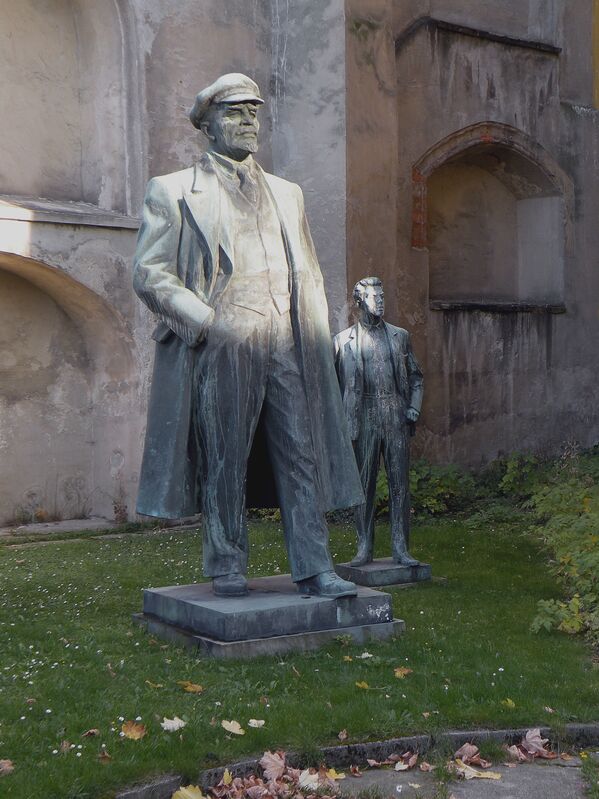 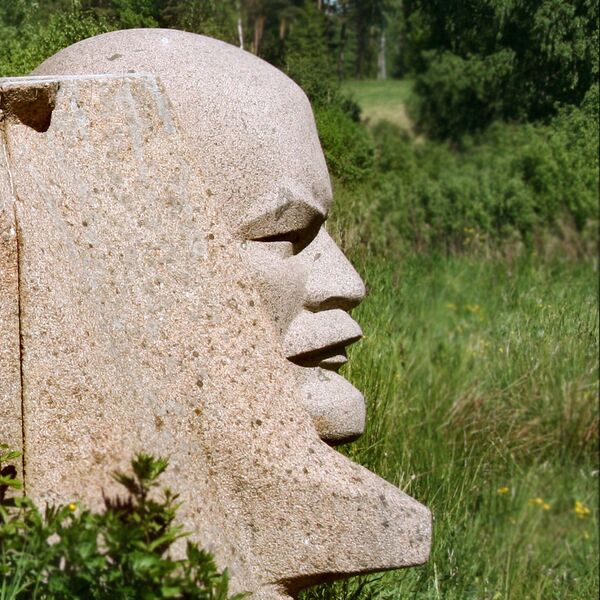 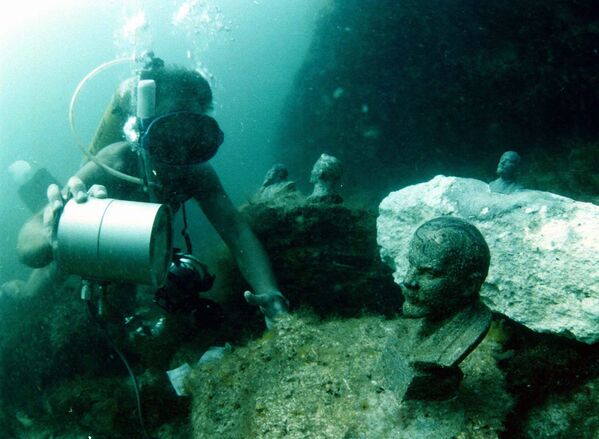 20/21
© AP Photo / SERGEY DOLZHENKO
At a depth of 14 metres an amateur scuba diver shines a light at a bust of Lenin while viewing the underwater museum of monuments to the leaders of the former USSR on 19 August 1996 at the Black Sea resort Cape Tarkhankut on the Crimean Peninsula, 200 kilometres west of Simferopol. The museum was created by amateur scuba divers in 1992 and entrance is free. 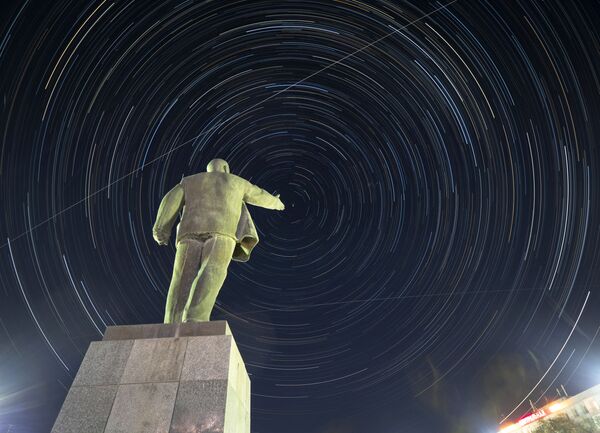 21/21
© AP Photo / Dmitri Lovetsky
The International Space Station (ISS) moves along its orbit above at the Russian-leased Baikonur cosmodrome, Kazakhstan, Thursday, 18 July 2019, with a statue of Soviet Union founder Vladimir Lenin in the foreground. Circular star tracks around the North Star and tracks of the ISS is the result of multiple exposures by a camera.
Newsfeed
0
Access to the chat has been blocked for violating the rules . You will be able to participate again through:∞. If you do not agree with the blocking, please use the feedback form
The discussion is closed. You can participate in the discussion within 24 hours after the publication of the article.
To participate in the discussion
log in or register
loader
Chats
Заголовок открываемого материала