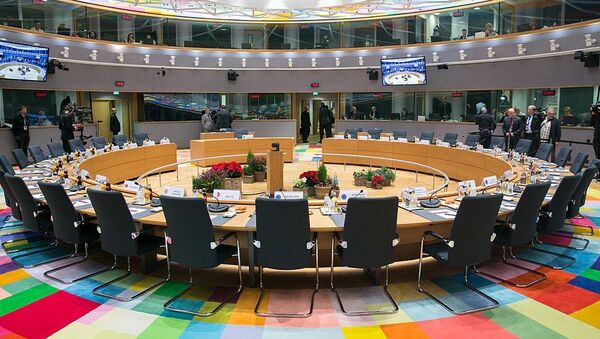 The upcoming EU Council video conference on a joint COVID-19 response is likely to prompt discussions about the bailout European Stability Mechanism (ESM), while the issue of debt equity previously tabled by European southern states, is also likely to be negotiated, say European finance experts.

On 23 April, EU member states are expected to endorse a new strategy, in the fourth conference of its kind,  aimed at mitigating the economic consequences of the COVID-19 crisis. Previously, northern European states rejected a proposal signed by nine member states, including France, Italy, Greece and Spain, concerning the issuance of "corona bonds" which would equalize European debt stemming from a pandemic-related recession.

The starting point for the discussion will be the four pillars of the Eurogroup's potential response to the crsis, says Lorenzo Codogno, visiting professor in practice at the European Institute of the London School of Economics and former chief economist at the Italian Treasury Department:

"On the EIB and SURE, I would not expect any significant disagreement or even a debate", Codogno says. "The ESM is still an open issue for Italy, and Prime Minister [Giuseppe] Conte will try to bundle a deal by making Italy’s acceptance of the ESM’s ECCL conditional to the rest of the package. But this is unlikely to succeed, and Prime Minister Conti will not veto the ESM line if sufficient ground is also covered on the other essential item, i.e. the Recovery Plan".

The economist suggests that the all-important debate on the Recovery Fund will not be resolved on Thursday. According to him, "at the moment, there seems to be no apparent landing zone for the negotiations, although there is a commitment to bolster EU borrowing power to support the economic recovery".

He notes that earlier in the month, Prime Minister Conte made it clear that "the ECCL is not the most appropriate tool given the situation and that Italy goes for the Recovery Plan instead (although the two instruments are complementary)".

Conte has, according to reports, found himself between a rock and a hard place: although the country does not seek financial aid, Rome fears that by tapping Europe’s bailout €500bn package fund it will drag an already indebted Italy into a further crisis. According to the Financial Times, Conte’s opponents, including Matteo Salvini, federal secretary of the League and former deputy prime minister, are arguing that the mechanism "would compromise Italian sovereignty, even if the money came with the lightest of conditions".

"Although again there would be no formal obligation to get the approval by the Italian Parliament on the ECCL application as funding policies are delegated to the Minister of Economy and Finance, the outcome of the debate will become politically binding", Codogno stresses.

National Gov'ts Must Act in Solidarity

In the medium term, EU-proposed measures will raise debt levels and will affect the hardest hit countries, such as Italy and Spain, more than most, opines Panicos Demetriades, professor of financial economics at the University of Leicester, former governor of the Central Bank of Cyprus.

"A medium term response is, therefore, needed, which will aid the recovery, without adding to public debt levels, which are highest in countries such as Italy and Greece", the financial expert argues.

He notes that although Germany and the Netherlands previously objected to corona bonds which would mutualise debt and help the most affected economies, the issue is likely to surface at the Thursday EU Council meeting.

"One such idea is the one proposed by Spanish PM Pedro Sanchez that involves the issuance of perpetuities – bonds that will never be repaid – by the EU, attached to a 1.5 trillion euro Recovery Fund – akin to a ‘Marshall Fund’ that helped post WWII recovery in Europe. The plan does not require any legal modifications that would require the German parliament’s approval. The plan envisages direct grants to member states rather than loans and would provide direct support to companies and workers", Demetriades points out, suggesting that Spain's proposal may become "the starting point of discussions at the EU Council".

According to the professor the EU and in particular the Euro area is facing "an even bigger shock than during the Euro crisis". Therefore, he argues, this is not the time for the usual German prescription of "muddle through" – without an ambitious recovery plan that does not add to already excessive public debt levels.

"This time it is different and it is not sufficient for just the ECB to do whatever it takes", he stresses." National governments must act in solidarity".