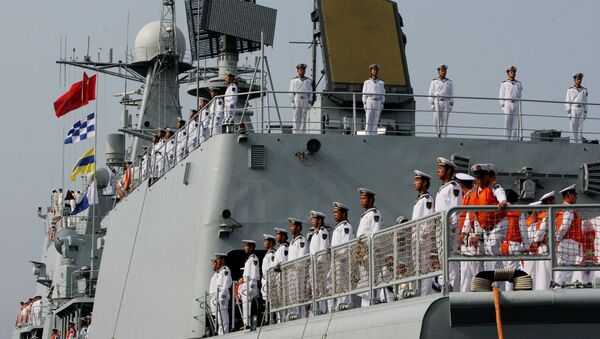 China on Wednesday launched its second Type 075 amphibious assault ship, only a little more than half a year after the launch of the first one, leading Chinese military experts to say China has mastered mature technologies, prepared related aviation equipment and needs the ships in safeguarding sovereignty and territorial integrity.

Analysts noted that China's amphibious assault ship program has been advancing very rapidly, in terms of both the construction of each ship and the interval between the two ships' launches.

Li Jie, a Beijing-based naval expert, told the Global Times on Wednesday that the second Type 075's launch showed China has grasped mature technologies in the construction of amphibious assault ships as well as those in the helicopters to be deployed on the ships.

The building of the ships has been fast, and related systems, facilities, and equipment are expected to be installed smoothly after the launch, Li said.

Song Zhongping, a Chinese military expert and TV commentator, told the Global Times on Wednesday that the construction of the first Type 075 has given the shipbuilding company rich experiences, enabling the second ship to launch in a short time.

The launch of the second Type 075 came at a time when the world is grappling with the novel coronavirus (COVID-19) pandemic, and Song said this showed China's shipbuilding industry holds advanced management capability and can minimize the impact of the pandemic.

China May Be Preparing to Launch Second Amphibious Assault Ship
In addition to mastering related technologies, another reason for China's rapid amphibious assault ship development is its urgent strategic and tactical needs, Song said, noting that China needs this type of warship to safeguard territorial integrity and sovereignty in fields like the Taiwan question and the South China Sea.

Echoing Song, Li said that amphibious assault ships mainly conduct vertical deployment and landing missions on islands and reefs like the island of Taiwan and those in the South China Sea. These warships with large flat flight deck can transport troops vertically via helicopters much faster than using only horizontal means, Li said.

They can also operate together with aircraft carriers, letting the carriers seize air superiority as they transport troops, tanks, and armor vehicles to land, significantly improving the Chinese Navy's combat capability as a comprehensive system, Li said.

Thursday is the 71st anniversary of the founding of the Chinese People's Liberation Army (PLA) Navy, and military enthusiasts said the launch of the second Type 075 on Wednesday is a birthday present for the PLA Navy.

Both Li and Song said the date is likely a coincidence. Although the launch can give inspiration, the key factor to determine the launch is the construction progress, which is of practical meaning, they said.