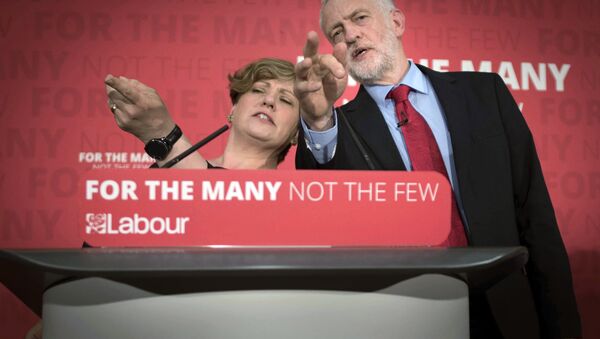 The UK Labour party faces potential financial ruin as over a dozen individuals named in a highly controversial leaked internal document are planning to take legal action against the organisation.

Claims covering the Data Protection Act, invasion of privacy and libel are reportedly being considered and could be submitted within days, with the party itself, individuals and journalists all said to be the subject of legal complaints as a result of the 860-page document’s release and remarks about its content. Whether Labour loses in court or settles, the bill could be cripplingly vast.

Labour Party Report claims that then governance & legal unit internally described their work as “hunting out 1,000s of Trots” and a “Trot hunt,” which included excluding people for having “liked” the Green Party on Facebook.https://t.co/qhcbf7xHMx

​Former shadow chancellor John McDonnell alleges the report was commissioned by Labour general secretary Jennie Formby and compiled by the party’s governance and legal unit. It was due to be submitted to the Equalities and Human Rights Commission’s investigation into antisemitism in the party, but the move was blocked by party lawyers.

An inquiry into the report has been launched by leader Keir Starmer, examining how it was commissioned, the culture it reveals and who leaked the document.

Mark Lewis, a lawyer who has been contacted by claimants, told the Observer there were “lots and lots of claims”.

“It's a very lengthy report that mentions a lot of people. I’ve been contacted by 15. Each one of them could well have several claims. What is going on is phenomenal. It’s a bit like the soldiers leaving a barracks that they have to desert and setting it on fire. There are actions against the party, actions against individuals, actions against commentators. People need to be careful about statements that have been made. If this bankrupts the Labour party or individuals, so be it. Actions have consequences,” he said.

Mark Lewis, lawyer, acting for many of those making legal claims says “If this bankrupts the Labour Party or individuals so be it”. Fine for him to say, his pockets will be well lined. Not so for the millions of people who desperately need a Labour government..

​Commenting, Richard Murphy of Tax Research UK said Labour “might be entering its death throes” - but so could the Conservatives.

“The cost of all this could easily sink the Labour Party: people are not going to donate to bail out a party that has collapsed for this reason. This has massive consequences. With a government that is utterly incompetent in power we are still not seeing effective opposition, because it is internally crushed. And we are not seeing opposition with any confidence it can present alternatives because it probably has very good reason to wonder whether it has any real chance of meeting the costs of the claims that are going to land on it, and so survive this fiasco. And as a result, we are in an even deeper mess,” he cautioned.