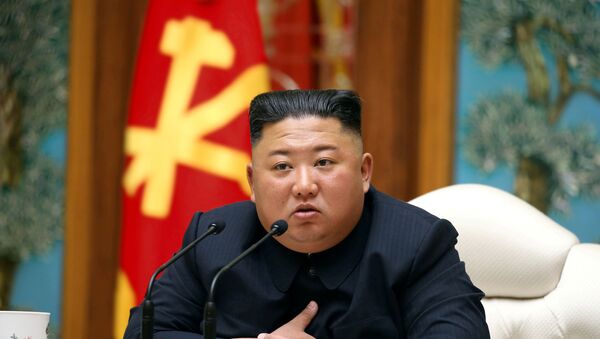 North Korean leader Kim Jong-un missed the celebration of his grandfather's birthday on 15 April, resulting in widespread speculation about his well-being.

The South Korean presidential office spokesperson, Kang Min-seok, while commenting on Tuesday on the circulating CNN and Daily NK reports regarding an alleged surgery for DPRK leader Kim Jong-un, stated that "we have nothing to confirm and there has been no unusual activity detected in North Korea", according to the South Korean state-run Yonhap news agency.

Earlier, CNN reported,citing an unnamed US official, that the US is monitoring "intelligence" that DPRK leader Kim Jong-un is in "grave danger" following surgery.

Another unnamed US official told CNN that concerns about the DPRK leader's health are credible but the severity of the ailment is hard to assess.

According to another report by South Korean Daily NK, citing an unnamed source from DPRK, Kim underwent a "cardiovascular surgical procedure" and was said to be mostly recovered, while continuing to receive medical treatment at the Hyangsan Medical Centre, a "dedicated hospital of the Kim family".

After initial reports on Kim Jong-un's health, officials from the South Korean Unification Ministry and National Intelligence Service said they could not immediately confirm the allegations, according to Reuters.

South Korea's state-run Yonhap agency reported at the time, citing a government source, that the country "has seen no unusual signs with regard to North Korean leader Kim Jong-un's health".

According to Yonhap, Kim was last seen on 11 April, in state media reports, presiding over a ruling Workers' Party's political bureau meeting.

Speculations on Kim's health began when he did not appear at the 15 April celebrations for the birthday of his grandfather and state founder, Kim Il Sung, one of the biggest days on the North Korean calendar.

A spokeswoman at Seoul’s Unification Ministry that handles DPRK affairs suggested at the time that it would be "inappropriate" to speculate why Kim did not attend the important annual event.