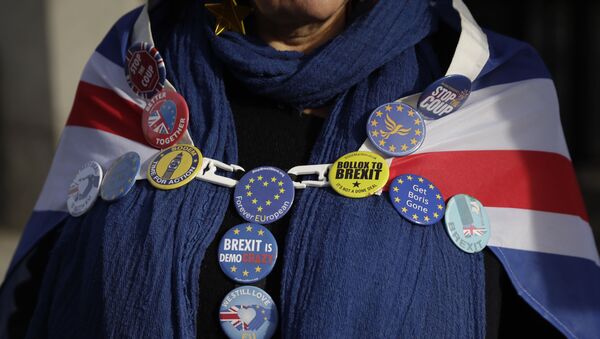 Due to the ongoing coronavirus crisis, reports have emerged that the UK may have to make significant contributions to Europe’s economic recovery from the pandemic if it agrees to extend the Brexit transition period beyond 31 December. So far, Downing Street has not been too keen on prolonging this divorce saga.

Last week, the United Kingdom reiterated its earlier stance that it was not interested in extending the Brexit transition period beyond the end of this year. This position followed comments by EU Commission President Ursula von der Leyen, who argued on 15 April that the bloc's budget would be significantly shaken to accommodate the impact of the coronavirus pandemic.

Several reports have emerged suggesting that it is exactly this fear of the need to “massively” contribute to the COVID-19 relief aid that scares Downing Street so much that it will not even entertain the possibility of extending the transition phase.

“Clearly the longer the UK remains in the single market, the longer it must pay to remain a member”, says Dr James Reade, an associate professor and head of the department of Economics at the University of Reading. He adds that there are not only economic, but also political costs and benefits of remaining close to the bloc, however, most of the benefits of the single market, such as the movement of people, goods, and services are gone now, “just at the time” Britain left the EU.

Using such logic, the coronavirus and subsequent economic strain it inflicted on both Britain and its former alliance could have made it “less painful” for London to leave the EU at the moment, because the pandemic definitely “dwarves” anything in comparison, says Reade. 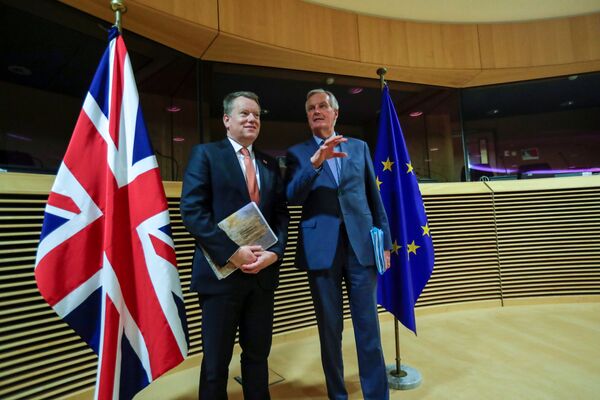 For Alan Sked, an Emeritus professor at the Department of International History at London School of Economics and Political Science, the European Union was “still in denial about Brexit”.

“It refuses to recognise that Britain has already left the EU and is now a totally independent country”, the professor notes. “In its negotiations over our future relationship therefore Brussels demands that we still follow its regulations and submit disputes to the jurisdiction of the European Court of Justice”.

The issues of fishing rights in UK-EU waters, trade agreements, and the status of level playing field are still at stake in Brexit negotiations, but the ongoing health crisis has just complicated the situation a little bit more, with many pro-Remainers within Britain having started calling for the extension of the transition period now. But this would definitely put some new burden on the country, without London gaining much in the bargain.

“This would mean paying extra billions to the EU while a deal were sought and remaining subject to EU regulations without any say in policy-making, a dangerous position, particularly as the EU budget will expand enormously to cover the COVID-19 crisis and any eurocrisis that could well develop”, Professor Sked explains.

As Brexit Negotiators Prepare to Resume Trade Talks, Could Coronavirus be a Game-Changer?
“This could bring demands from the EU for greatly increased budget contributions from the UK. Meanwhile, there is no certainty of any deal being struck”, the researcher adds.

Following a UK-EU videoconference on 15 April, British Chief Negotiator David Frost confirmed that London will not continue its negotiations with the block beyond the December deadline, as this move would simply “create more uncertainty” and make the UK “liable to pay more to the EU in future”.

According to Professor Sked, Britain's “adamant” position just means that it is now time for the EU to “start making concessions”.