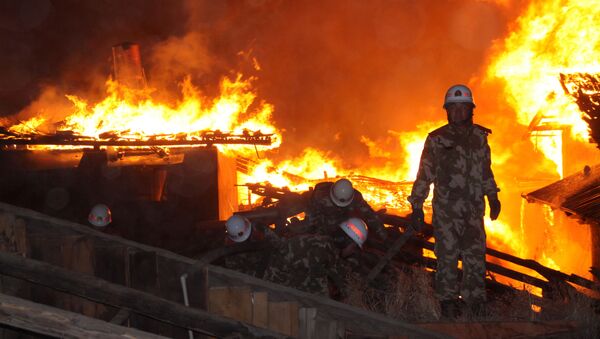 According to the CCTV report, the fire occurred at around 9 p.m. local time (13:00 GMT) at a factory of grinding materials in the city of Lianyungang. The fire was contained before it had a chance to cause any casualties, the local authorities were cited as saying.

​Police have reportedly detained the plant's representative as part of measures to determine what had caused the fire.

​Some witnesses claim that they heard an explosion prior to the blaze, but the local authorities have insisted that no blast preceded the fire.

The Jiangsu province had already seen a massive fire at another chemical plant claim lives of 47 people and injuring 640 others in March of last year.