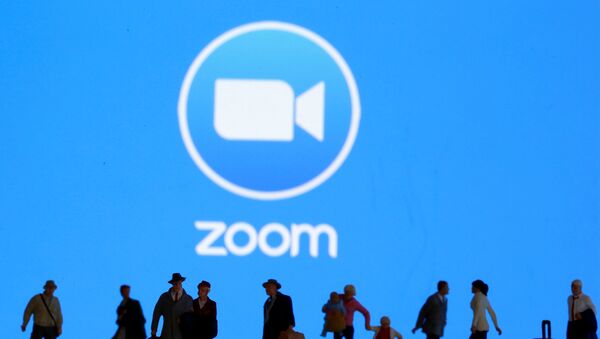 New Delhi (Sputnik): The Indian government has issued an advisory notice saying that the video conferencing app Zoom is unsafe. The note given by the Cyber Centre of the Ministry of Home Affairs stated state that the "secure use of the Zoom meeting platform is for private individuals and not for the use of government offices or official purposes".

Taking cognizance of this incident, NCW further stated that "it is disturbed by the cybercrime committed by the miscreants, and is concerned about online safety practices and especially the security of women on the internet", the letter read.

The commission has asked Shivanand Jha, Director General of Police, Gujarat, to probe the matter immediately and take strict legal action against the culprits.

Zoom has apparently become a favourite and famous tool among people during the lockdown and it is being used by schools for online classes and many private companies to hold meetings.