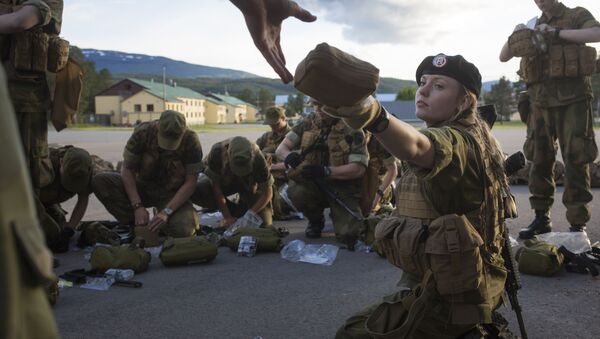 While Norway is projected to comply with NATO's defence spending goal by parting with two percent of its GDP as early as next year, well ahead of the 2024 deadline, it is only due the country's economy shrivelling amid the coronavirus pandemic.

Among other things, Norway will receive two new battalions and more helicopters for its special forces. The Home Guard forces will be strengthened with 11 districts and 37,000 “equipped and trained” soldiers.

Defence Minister Bakke-Jensen insisted that the government was highly prioritising defence and stressed that actual military operations were more active than they’ve been for many years. He emphasised that the new plan will boost air defence and add around 2,500 soldiers over the next eight years, through rebuilding one battalion at Skjold in Troms and another one “where the Army finds it suitable”.

Crucially, Norway will end up complying with NATO's spending goal of 2 percent of GDP as early as next year, well ahead of the 2024 deadline, but only due the country's economy shrinking amid the coronavirus pandemic. Norway currently spends around 1.8 percent of its GDP on defence.

Defence minister Bakke-Jensen himself conceded that meeting the goal early is mostly because Norway’s is forecasted to shrivel due to measures to stop the spread of the coronavirus, which in the past weeks brought Norway's economy to a halt. With about 400,000 Norwegians out of work in the nation of 5.3 million, its economic prospects don't look promising anymore.

However, despite checking an important box, the new plan was met with harsh criticism from several sides, as it is well below what Defence Chief Haakon Bruun-Hanssen recommended last autumn, barely satisfied his minimum request. In the words of Bruun-Hanssen, Norway’s participation in NATO’s rapid response forces or other international operations “would come at the expense of demands for national preparedness”.

First, the plan sparked internal discontent. According to Torbjørn Bongo, the chief of the Norwegian Officers’ Federation, the plan required a “high degree of efficiency cuts” calling it “unrealistic”. Bongo also ventured that the plan might have an opposite effect, weakening defence.

“It won’t be possible for the military to carry them out”, Bongo told national broadcaster NRK. “We fear that the cuts and assumptions in this long-term plan will contribute towards weakening defence in some areas, not strengthening it.”

Second, Norway's opposition parties were also dissatisfied, as Labour and the Socialist Left, both members of the left-of-the-centre “red” bloc, called for more boots on the ground, especially in Northern Norway, which is seen as a strategic area due to its close proximity to Russia.

“The most important needs are personnel, in all branches”, Labour defence spokesperson Anniken Huitfeld said.

The national conservative Progress Party, which withdrew from the government over disagreements in immigration policies and handling so-called Daesh* wives and their children in particular, is critical of the fact that important defence decisions are being postponed. According to its spokesman Christian Tybring-Gjedde, Norway must take advantage of the opportunities the coronavirus crisis presents.

Lastly, there are no plans to replace Norway’s lost frigate Helge Ingstad that sank following a dramatic collision with a tanker after NATO drills in late 2018. This means that the Navy will have to make do with the currently available vessels for several more years.

The Norwegian Armed Forces consists of four branches, the Army, the Navy (which includes the Coast Guard), the Air Force, and the Home Guard, as well as several joint departments, and includes a peace-time force of 23,000, as well as some 40,000 reserve personnel.