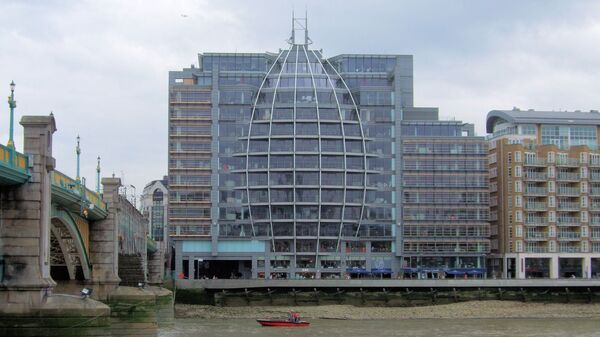 A myriad of theories regarding the outbreak of coronavirus has been circulating since it was first identified in Wuhan, China in December. One of the latest claims is that the new 5G network infrastructure is responsible for the symptoms which have been associated with the virus.

"In our view, Eamonn Holmes’ ambiguous comments were ill-judged and risked undermining viewers’ trust in advice from public authorities and scientific evidence," the regulator said.

"His statements were also highly sensitive in view of the recent attacks on mobile phone masts in the UK, caused by conspiracy theories linking 5G technology and the virus", they added.

The warning follows 755 complaints submitted to the broadcast regulator about a conversation between the Irish presenter and 'This Morning' editor Alice Beer last Monday about how to identify false information in news.

Holmes said that simply dismissing the discredited theory that 5G was a causal factor of COVID-19 was not true, and that failing to consider the claim "suits the state narrative".

​Holmes clarified his statement the previous day saying there is no scientific evidence to support the 5G-Coronavirus claims and that suggesting otherwise would be "wrong indeed".

In an attempt to save his job, Eamonn Holmes walks back his 5G conspiracy theory support by blaming @thismorning viewers who "misinterpreted" what he said (see above tweets for his actual words yesterday).

​Ofcom has acknowledged that broadcasters have editorial freedom to debate and disagree with the strategy public authorities have taken to combat the virus outbreak, they have also warned against "discussions about unproven claims and theories which could undermine viewers’ trust in official public" to "protect viewers".

West Midlands Police confirmed a number of attacks on 5G infrastructure of the weekend and Crime Commissioner David Jamieson adamantly telling the public that rumours that the virus is being spread through masts for mobile connectivity are "not true".

On 4 April, Professor Stephen Powis, a national medical director for the NHS in England, described the 5G conspiracy theories "outrageous" and "absolute and utter rubbish".