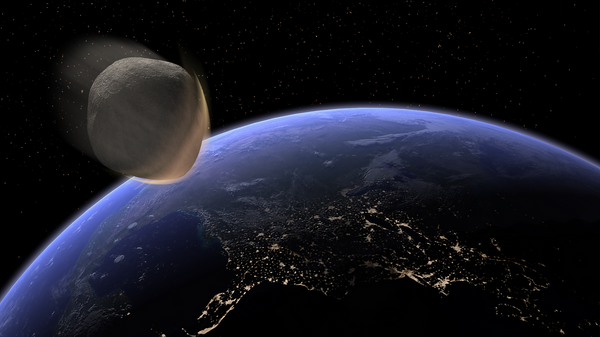 NASA’s Centre for Near-Earth Object Studies (CNEOS), located in California, is tasked with tracking all space rocks which are considered to be flying relatively “close” to our planet in an astronomical sense. The largest of them can have an impact on our planet’s environment, even from a far distance.

A large asteroid, dubbed 2020 GA3, will “closely” approach Earth at 22:50 GMT on 20 April, Nasa’s Centre for Near Earth Object Studies revealed on its tracking website. The space rock measures between 26 and 59 metres in diameter, and is expected to fly at a speed of 17.42 kilometre per second, according to CNEOS estimates.

The object is believed to intersect our planet’s orbit by following a natural trajectory, and is hopefully going to pass safely nearby, at a distance of 0.02076 astronomical units. For comparison, one astronomical unit roughly equals the distance between the Sun and our planet, which is about 150 million kilometres, meaning that 2020 GA3 is expected to safely pass by the Earth at a distance of around 3 million kilometres. However, no one knows what can happen when such a massive space rock, larger than the Tower of Pisa in Italy, will zip past.

2020 GA3 was first discovered on 15 April and classified as an Apollo asteroid.

Science & Tech
Ok, Google, Play Funeral March: NASA Says Two Asteroids Will Intersect Earth’s Orbit This Week
This news comes as another much larger space rock, measuring between 110 and 250 metres across and dubbed 2020 FM6, is going to intercept the orbit of our planet on the early Saturday morning.

As it was revealed in the National Near-Earth Object Preparedness Strategy distributed in 2018, any space objects measuring in size close to one kilometre can be potentially devastating for our planet in terms of secondary effects they can create, including tsunamis.