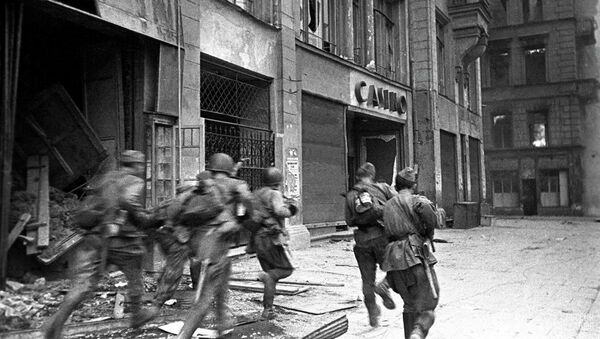 The three counterintelligence agencies that comprised SMERSH were established on 19 April 1943.

While the Red Army counterintelligence organization known as SMERSH (a portmanteau of the phrase "Smert' Shpionam", or "Death to Spies" in Russian) was well known as an efficient agency which helped thwart the efforts of numerous German spies and saboteurs during World War II, it appears that it was also responsible for certain other activities which helped save the lives of many Soviet soldiers.

As Russian historian and retired FSB Lt. General Alexander Zdanovich explained, SMERSH agents were also tasked with uncovering potential shortcomings during the planning of military operations in order to minimize the loss of life among the troops, and to ensure that said shortcomings were rectified in a timely manner.

"In April 1945, everyone knew that the end of the war was a matter of days, so losing men due to commanders' oversight at that time would've been a crime", Zdanovich noted.

He added that military archives contain many such communiques from military intelligence to commanders of various ranks, and since these messages do not contain any classified data, they can be made public.

"And when these documents become declassified, as I hope, I'm sure that many will be surprised by how many shortcomings were uncovered and fixed due to the efforts of military intelligence. Then we can approximate how many lives of officers and soldiers were saved thanks to these efforts", Zdanovich said.