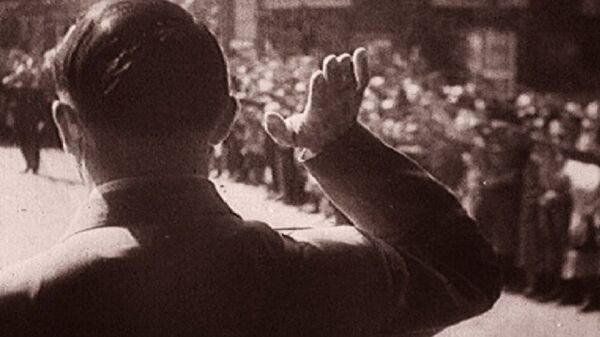 Ilya Tsukanov
All materialsWrite to the author
On April 30, 1945, Adolf Hitler and his longtime companion Eva Braun took their own lives in a Berlin bunker, as the Red Army approached within a few hundred meters of their position. The remaining Nazi leadership attempted to destroy their bodies, but thanks to the efforts of Soviet military counterintelligence, the Fuhrer’s demise was confirmed.

Sunday marks the 77th anniversary of the creation of SMERSH, the umbrella organization of counter-intelligence bodies, a portmanteau of the Russian language phrase ‘SMERt Shpionam’ (‘Death to Spies’), formed on April 19, 1943.

It was SMERSH’s job in Berlin in the chaotic first few days of May 1945 to reliably establish that Nazi leader Adolf Hitler had indeed killed himself and been cremated outside his Reich Chancellery bunker, and they accomplished their mission with flying colours, FSB Lt. Gen. (ret.) Alexander Zdanovich says.

In an interview, the retired intelligence officer recalled that SMERSH, which had helped to prepare for virtually all of the Red Army’s offensive operations in the latter part of the war, played a major role in the Berlin offensive in the spring of 1945, and was given the unenviable task of searching for Nazi war criminals as they attempted to disguise themselves and flee west or abroad. The Fuhrer, naturally, was their biggest target.

“The first information that Hitler was still in his bunker was received by counterintelligence on April 28 during battles for the Reichstag,” Zdanovich recalled. This information proved crucial, as Moscow feared that Hitler may try to escape the encirclement to try to surrender to the Western Allies. Elements of the 1st Belorussian Front and the 1st Ukrainian Front successfully encircled Berlin on April 24, and begun the brutal house to house campaign to take the city.

“On May 2, our troops occupied the Reich Chancellery, and that evening, SMERSH officers found the corpses of Reich Minister of Propaganda Joseph Goebbels and his family,” the officer said. Goebbels and his wife Magda Goebbels decided to poison their six children rather than allow them to witness the collapse of the Third Reich. 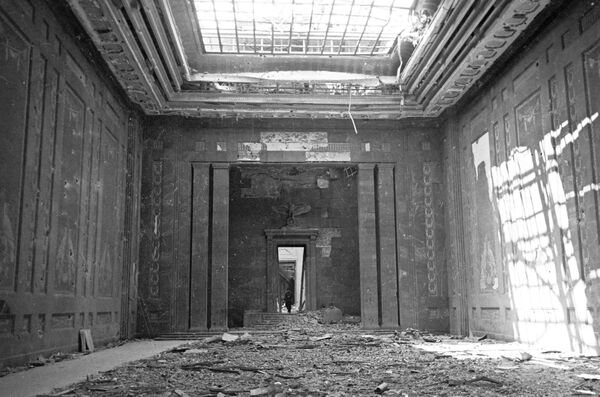 Room in the Reich Chancellory building in Berlin where the Fuhrer once awarded his top generals, May 1, 1945.
© Sputnik / Иван Шагин
/
Go to the photo bank

On the early morning of May 3, Alexander Vadis, chief of SMERSH under the 1st Belorussian Front, reported to Moscow that Hitler and Goebbels had committed suicide and that their bodies were cremated. SMERSH’s source was Ern Gintsman, the captured president of the German Seamen’s Union in Berlin.

“But it wasn’t until May 5 that a platoon of SMERSH troops under the 9th Rifle Corps found the corpses of Hitler and his wife Evan Braun in the crater from a bomb explosion in the courtyard of the Reich Chancellory,” Zdanovich noted. “The counterintelligence troops secured these remains, as well as the remains of the members of Goebbels’ family and those of Hans Krebs, chief of staff of the German Ground Forces.”

At the same time, SMERSH continued its search for more witnesses and documents to corroborate the identity of the remains, with a team of military doctors assigned to help in the process.

For many years after the end of the Second World War, conspiracy theories abounded suggesting that Hitler had managed to escape Berlin, with theories ranging from claims that he fled to South America, or took up a false identity and remained in Europe, possibly in Franco’s fascist Spain. 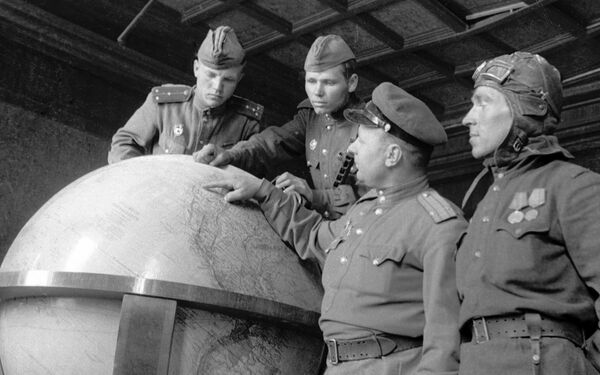 Such claims are “complete nonsense,” Zdanovich stresses, noting that he could “unequivocally confirm that it has been decisively proven that the charred corpse that was found was that of Hitler.”

Indeed, Soviet efforts to confirm Hitler’s demise were extensive, and included an analysis of the remains’ dental work to confirm that they lined up with the Fuhrer’s dental records, as well as interviews with the SS guard who buried him. In 1949, Soviet intelligence presented Soviet leader Joseph Stalin with a comprehensive 413-page report confirming that Hitler had indeed perished in the spring of 1945. That file was discovered in the Soviet archives after 1991, and translated into German and English as ‘The Hitler Book’ in 2005.