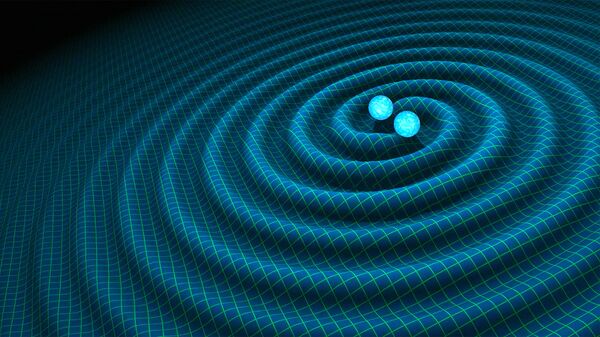 Ilya Tsukanov
All materialsWrite to the author
The King’s fascination with UFOs and alien life forms has been written about extensively, with his shocking death in 1977 dismissed by some fans who desperately wanted to believe that maybe he was abducted by aliens, or that he was an alien himself. Now, scientists monitoring space for gravitational waves may have given them another reason to hope.

Scientists manning gravitational wave detectors have reported picking up on vibrations from a distant cosmic collision which eerily harmonizes with the opening chords in Elvis Presley’s 1961 hit ‘I Can’t Help Falling in Love With You’, Science Magazine has reported, citing data from the Laser Interferometer Gravitational Wave Observatory (LIGO) detectors in Washington and Louisiana and the Virgo interferometer in Cascina, Italy.

The vibrations, the result of the merger of a pair of black holes, were a first for scientists, because unlike previous observations, which saw the collision of black holes of roughly equal masses, this time one of the black holes weighed over three times as much as the other, resulting in the creation of gravitational waves at multiple frequencies.

The event was detected on April 21, 2019, and believed to have taken place some 2.4 billion light-years away, when a black hole equivalent to 30 solar masses collided with a second black hole of ‘just’ eight solar masses. “This is the first event in which we can confidently say the mass-ratio is not one,” Dr. Maya Fishbach, LIGO member from the University of Chicago, said of the observations.

The find is exciting, not only because the ‘chord’ of frequencies generated by this mismatched pair of black holes sounds like the first notes from The King’s hit song, but because it serves to confirm theoretical concepts first outlined by Albert Einstein over a century ago in his general theory of relativity. Unlike the spiraling of two black holes of equal mass, which results in the emission of gravitational waves of a single frequency, the event witnessed last April confirmed the veracity of the concept that the merger of black holes with mismatched masses would create weaker gravitational waves at higher frequencies, with the second-strongest note ‘sung’ by the pair of black notes vibrating at three times that of the orbital frequency, or 1.5 times that of the main frequency.

“Einstein prevails again,” Dr. Maximiliano Isi, LIGO member and physicist from the Massachusetts Institute of Technology excitedly noted at the recent meeting of the American Physical Society to discuss the black hole merger.

The discovery may also offer scientists clues about how a pair of large black holes could form so close to one another, something scientists still don’t have a definitive explanation for, although various theories have been floated. Among them is the idea that the black hole pairs may have come about as a result of the collapse of orbiting massive stars. Another theory is that the black holes formed separately in completely different quadrants of the galaxy, only to find one another later on.

Einstein first predicted the existence of gravitational waves with general theory of relativity in 1915, but it took a century for scientists to build the tools to physically detect them for the first time in 2015. 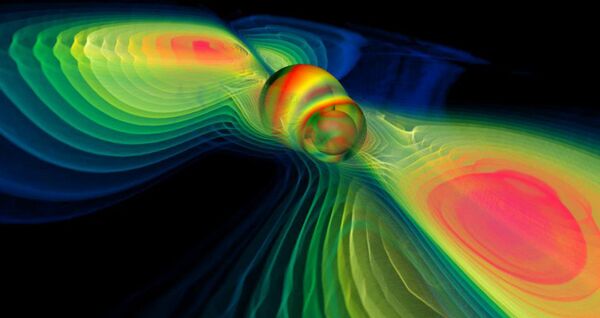 Numerical simulation of two merging black holes performed by the Albert Einstein Institute in Germany: what this rendition shows through colors is the degree of perturbation of the spacetime fabric, the so-called gravitational waves
© Flickr / NASA Blueshift

Gravitational waves are essentially wave-like disturbances in space-time caused by the acceleration of masses which generate gravitational fields. In addition to the US-based LIGO and the Italy-based Virgo ground-based detectors, the European Space Agency and China’s National Space Administration have created space craft meant to improve efforts to ‘listen out’ for the phenomenon. Russian astrophysicists announced late last year that they were hoping to join their Chinese colleagues for collaborative projects in this field.