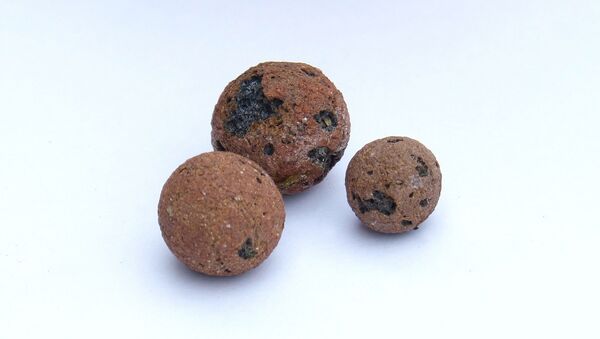 The experiments conducted by researchers have shown that shaped stone balls were better suited for certain ancient tasks than natural cobblestones.

A bold new study has helped explain the function of strange spherical stone objects that were have been found by archaeologists in various corners of the Earth and whose nature has kept researchers scratching their heads for decades, Live Science reports.

Ella Assaf, study lead and postdoctoral researcher in the Department of Archaeology and Ancient Near East Cultures at Tel Aviv University, explained that these stone balls were found in some of the world's oldest archaeological sites in Africa, Europe and Asia, though until now, no one could figure out what these objects were meant for.

"Our study provided evidence, for the first time, regarding the function of these enigmatic-shaped stone balls that were produced by humans for almost 2 million years," she told the media outlet via email.

Things changed when Assaf's team has discovered a cache of such balls in Qesem Cave in Israel, “where humans lived from about 400,000 to 200,000 years ago", as Live Science points out.

A thorough analysis of their discovery yielded "wear marks and organic residues" on the spheres, leading the researchers to conclude that the balls were used to "to break animal bones and extract the nutritional marrow".

It order to test their hypothesis, the team used cobblestones and artificially-shaped stone balls to determine which are more suited for bone breaking.

"These tools provide comfortable grip, they don't tend to break easily, and you can rotate them and use them repetitively since they have multiple ridges," Assaf said regarding the shaped balls. "These high ridges help to break the bone in a 'clean' way, and you can extract the marrow relatively easily."