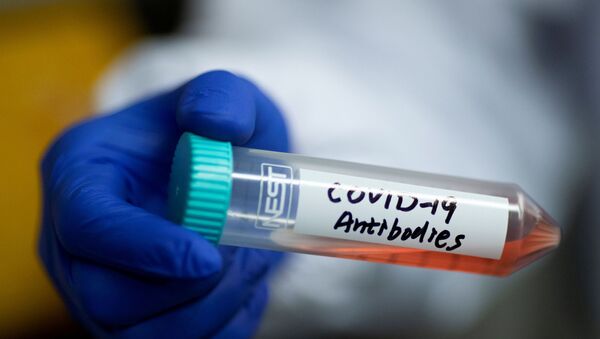 Across the Western world and beyond, voices continue to grow louder calling for an investigation into whether China’s early handling of the Coronavirus outbreak contributed to the current pandemic.

The European Conservatives and Reformists Group in the European Parliament has called for the launching of a major international investigation into China’s handling of the COVID-19 crisis.

The Swedish parliament’s Charlie Weimers, who appears to be at the forefront of calling for the investigation, has accused the China of knowing about the emergence of COVID-19 as far back as December 2019, but said that it concealed the truth from audiences both at home and abroad.

We call for an impartial investigation into links between the @WHO & #China, on the origin of #COVID19 & the possible responsibilities of the Chinese government! https://t.co/0j3I9kRHyZ

​Mr Weimer’s comments come amidst increasing reports that the Chinese government tried to cover up the true scale of Coronavirus in the country. According to those reports, Chinese doctors had tried to raise the alarm as early on as November 2019, but were silenced by Beijing.

A number of other Western statesmen have called for an international investigation into a possible Chinese coverup.

The UK’s former Foreign Secretary, Lord William Hague, said recently on the BBC’s Today Programme that he also believes China should be subject to an investigation.

“It would be very good to have an international investigation and above all of course we need an international agreement for the rigorous enforcement of the closure of live wildlife markets,” said Lord Hague.

In the United States, a number of Republican senators have also echoed calls for an investigation into China’s handling of the epidemic.

Sen. Josh Hawley, a Trump ally and representative for the state of Missouri, introduced a resolution to the Senate saying that the US and other countries should investigate how China may have contributed through its negligence to the wildfire spread of COVID-19.

Hawley called for Beijing to be held “accountable” and said that the world should “force it to pay for the lives and livelihoods that it has destroyed.”

I’ve introduced legislation to allow Americans harmed by #COVID19 #coronavirus to sue #China Communist Party to hold them accountable. I got to talk about it with ⁦@IngrahamAngle⁩ pic.twitter.com/atXqirV2Xy

“We need to know exactly what the Party knew, when it knew it, and how the Party's decisions to try and hide the virus allowed it to spread and kept the United States and other nations from protecting ourselves sooner,” Hawley wrote in an op-ed article for Fox News.

President Donald Trump has also said on multiple occasions that he believes China is engaged in an effort to hide the true number of people infected across the country.

In Australia, a number of politicians from across the political spectrum have also called for an investigation into China’s early handling of the crisis. Member of the Australian Liberal Party, Tim Wilson, reportedly said that “the Chinese Communist Party’s deliberate strategy to suppress awareness of the virus led to this pandemic, it will not be forgotten and has shredded their credibility across the globe.”

For its party, China has admitted to some "shortcomings and deficiencies" in its response to the deadly virus.

"In response to the shortcomings and deficiencies... we must improve our national emergency management system and improve our abilities in handling urgent and dangerous tasks. It is necessary to strengthen market supervision, resolutely ban and severely crack down on illegal wildlife markets and trade," Beijing said.

Yet, China has furiously dismissed claims that it reacted too slowly, or tried to cover up, the initial outbreak of Coronavirus on its soil. In late March, Chinese Foreign Ministry spokeswoman, Hua Chunying, told reporters that, "the comments made by those US politicians are just shameless and morally repulsive. They should abandon such politicising of public health issues."