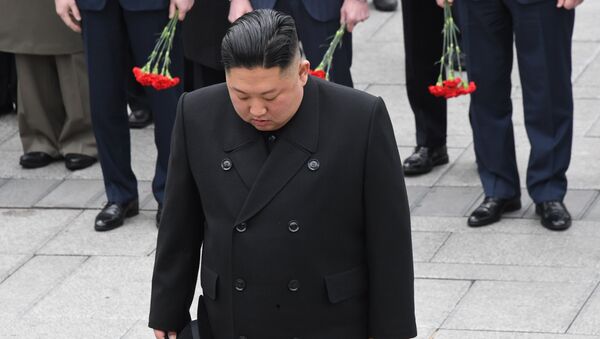 North Korean leader Kim Jong Un has been absent from several important state functions recently, including the Day of the Sun this past Wednesday, leading experts to speculate as to why. While some believe he might be sick, most think it’s an effort to distance himself from previous leaders.

April 15, the Day of the Sun, is perhaps the biggest holiday in the Democratic People’s Republic of Korea (DPRK). It’s the birthday of Kim Il Sung, the communist guerrilla leader who led Korean resistance forces to victory against the Japanese Empire in World War II, founded the DPRK in 1948 and led it for more than 40 years until his death in 1994. He’s also Kim Jong Un’s grandfather.

Typically, Kim pays a visit along with other Workers’ Party of Korea leaders to the Kumsusan Palace of the Sun in Pyongyang, where the eldermost Kim lies in state, as does his son, Kim Jong Il, who died in 2011. This year, however, the youngest Kim just sent flowers.

According to state news outlet Korean Central News Agency, “floral baskets were laid in the names of the Central Committee of the Workers' Party of Korea, the State Affairs Commission of the Democratic People's Republic of Korea, the Presidium of the Supreme People's Assembly of the DPRK and the Cabinet of the DPRK.”

The day typically includes a host of festival events, dances, and public performances, as well as all the cultural, culinary and tourist trappings of a national public holiday in the capital. 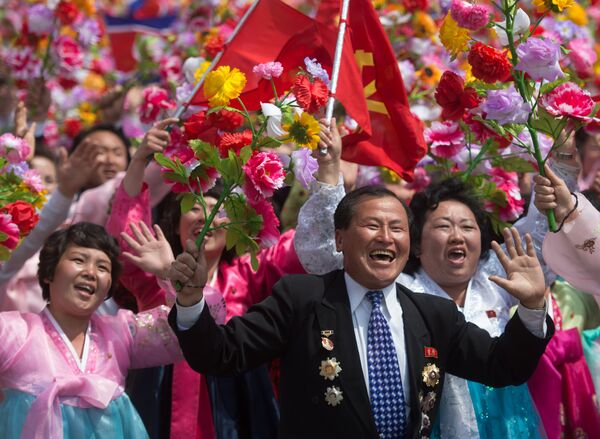 Participants in a military parade marking the 105th birthday of Kim Il-Sung, the founder of North Korea, in Pyongyang.
© Sputnik / Iliya Pitalev
/
Go to the photo bank

Kim wasn’t just absent from the celebrations, though: he also missed out on the summer session of the Supreme People's Assembly, the country’s national legislature, which typically meets in April before the Day of the Sun. Instead of Kim, Choe Ryong Hae, president of the assembly’s Presidium leadership body, led the proceedings. According to Reuters, Kim’s last public appearance was on Saturday at a meeting of the Workers’ Party of Korea politburo.

As chairman of both the Workers’ Party and the State Affairs Commission, Kim’s presence is usually required for these sorts of events. His absence from both the legislature and the Day of the Sun has given experts ample fodder for speculation as to what could be going on in the DPRK.

Cheong Seong Chang, a senior fellow at South Korea's Sejong Institute, told Reuters, "It is possible that there was a problem with his health or safety even if temporary, though it is difficult to assess how the situation might be."

However, South Korea’s Ministry of Unification, which seeks to reconcile differences with the North, had few answers for Reuters, noting only that it was aware of the contents of Pyongyang’s news reports. 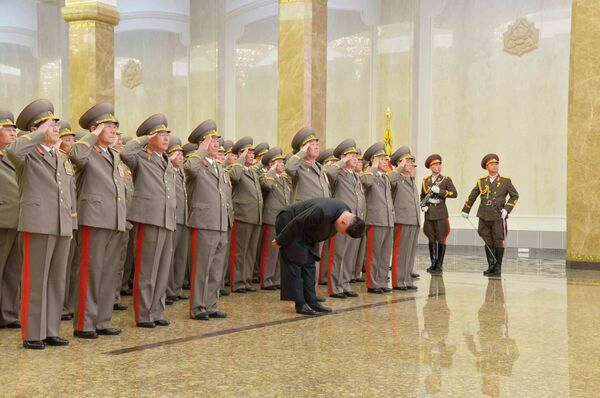 North Korean leader Kim Jong Un (front) visits the Kumsusan Palace of the Sun at 00:00 on Monday, the Day of the Shining Star, in this undated photo released by North Korea's Korean Central News Agency (KCNA) in Pyongyang on
© REUTERS / KCNA

Other experts floated the idea that Kim might be trying to cut his own path and had purposefully downplayed the holiday.

“It could be setting a new trend on the Kim Il Sung cult of personality stuff, moving more quickly to him being largely irrelevant to day-to-day policy,” Peter Ward, a writer and researcher focused on North Korean politics and the economy, told NK News on Wednesday. “Another possibility is that Kim Jong Un is sick, but that wouldn’t really negate the floral tribute. It’s a bit weird.”

NK News’ Rachel Minyoung Lee similarly noted “this could be part of North Korea’s ongoing propaganda effort to distance Kim Jong Un from the legacies of his grandfather and his father, a trend detected since the latter half of last year, the North’s handling of the party founding anniversary in October 2019 being one example.”

“Kim Jong Un wants to break away from the past, as well as the North’s traditional cult of personality,” Ahn Chan Il, a defector from the DPRK who works in Seoul as an academic, told Agence France-Presse. “His message is that Kim Jong Il and Kim Il Sung’s times are now over.”

Asia Times on Thursday gave five possible scenarios for the 36-year-old’s absence: the DPRK’s government might be in some kind of coronavirus-related lockdown; Kim might indeed be sick - or even dead, according to some; Kim might be trying to change his image, including leaving his ancestors’ shadows; Kim might have been removed from power in a coup d’etat; and the fifth theory is that Kim is being ultra-paranoid and declining to appear in public for fear of being assassinated, as happened to Iranian Maj. Gen. Qasem Soleimani.