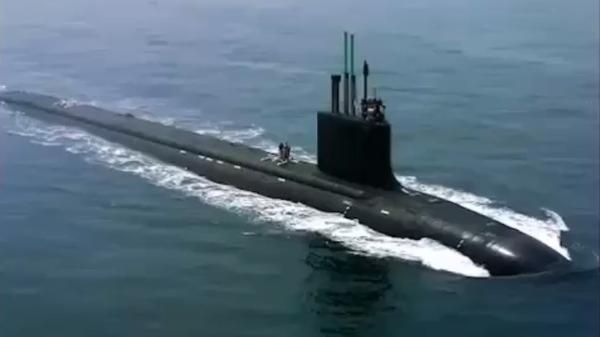 Ilya Tsukanov
All materialsWrite to the author
Iran’s defence minister blasted the US over its ‘illegal’ presence in the Persian Gulf this week after the US Navy accused Iranian Navy gunboats of engaging in “dangerous and harassing” behaviour against large US surface ships during drills.

“It would be negligence on the part of Iran if it fails to consider using submarines with nuclear propulsion. Therefore, we are thinking about it,” Khanzadi said, his remarks cited by Press TV.

The commander noted that many sea-faring powers including the United States already have nuclear propulsion capability for their submarines, which enables them to forgo the need for frequent refueling and considerably expands their operational range.

According to Khanzadi, Iran’s defence industry already has the capability to produce subs larger than the Fateh-class, “and certainly, the development of submarine propulsion is on the Navy’s agenda.”

Iran’s Navy commissioned its first Fateh or ‘Conquerer’ class submarine in early 2019, with a second vessel undergoing sea trials and two more under construction. The 593 tonne diesel electric subs are armed with traditional anti-ship torpedoes, naval mines and domestically-developed sea-launched cruise missiles, and have a reported endurance time of 35 days. The new class of vessels is a marked cut above other Iranian sub designs, including the Ghadir class of midget subs intended for coastal defence, as well as three Soviet-era Project 877 subs the country procured from Russia and modernized. 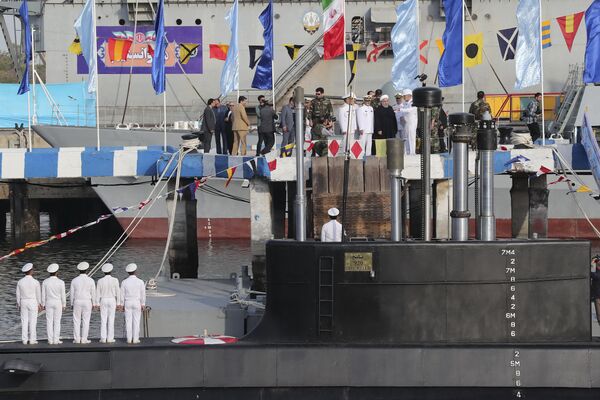 Khanzadi did not give any indication about the possible characteristics of an Iranian-made nuclear-powered submarine, or any timeframe for construction. He stressed however that in light of recent events, Iran will need to maintain its deterrent capabilities for regional peace to be guaranteed.

“When there is no deterrence and readiness for defence, there will be no peace, consolidated and maintained, and, for this reason, the armed forces of the country are present to maintain this peace.”

The rear admiral’s comments come in the wake of renewed Iran-US tensions in the Persian Gulf this week following grievances by the US Navy about Islamic Revolutionary Guard Corps Navy gunboats “harassing” US warships by zipping around them as they engaged in exercises in the Persian Gulf. On Thursday, Iranian Defence Minister Amir Hatami insisted that Iran had done nothing wrong, and accused the US of coming “from the other side of the world to create a problem for the countries of the region by threatening and sanctioning them.”

The US began its latest military manoeuvres in the Persian Gulf in late March. Before that, Washington and its allies upped their military presence in the region last year after a series of incidents involving tanker sabotage attacks, ship seizures and drone shootdowns sent tensions soaring.