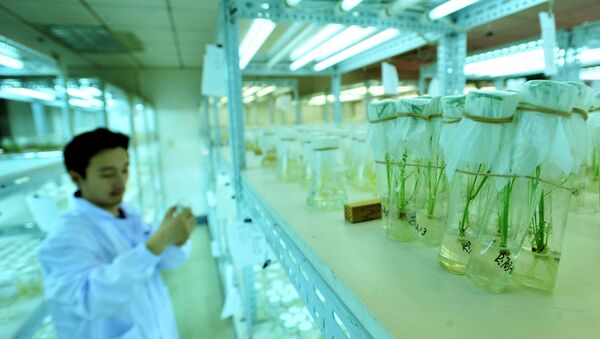 PARIS (Sputnik) - French virologist Luc Montagnier, who won the Nobel Prize for the discovery of HIV in 2008, believes that the new coronavirus is not of natural origin and was developed in a laboratory in the Chinese city of Wuhan, the epicentre of the outbreak.

"It [the virus] is of artificial origin, it is the work of molecular biologists," Montagnier said in an interview with Pourquoi docteur newspaper on health on Thursday, adding that HIV particles were added to COVID-19.

According to the scientist, the Wuhan laboratory has specialised in these coronaviruses since the early 2000s and its employees had expertise in this area. The reports that the virus originated in the so-called wet market in China is "a beautiful legend," as COVID-19 was developed in the laboratory, he stated.

The virologist also stated that French scientists were not the first to discover HIV particles, as a group of Indian researchers had earlier tried to publish a study, according to which the complete genome of this coronavirus had sequences of HIV, the virus of AIDS.

At the same time, he added that he did not accuse anyone and the Chinese scientists might have attempted to develop an AIDS vaccine.

Besides the French virologist, various media outlets have published reports suggesting China created the coronavirus in a laboratory in Wuhan.

China has repeatedly dismissed these claims and called on the international community to stop shifting responsibility for wasting time it had to prepare for the pandemic onto others.

The World Health Organisation (WHO) has also stated that the novel coronavirus originated in animals before being transferred to humans and so far, there is no available evidence that shows the virus was created in a lab.