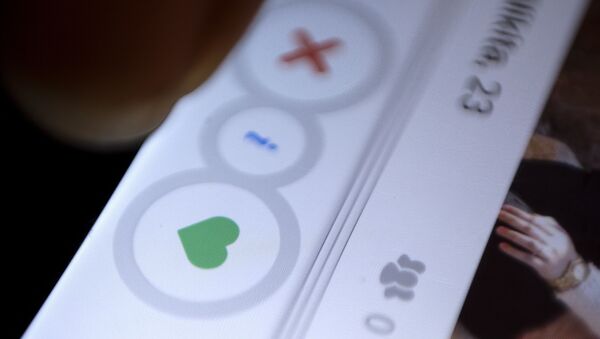 Are you feeling uncomfortably lonely or needing a bit more intimacy to spruce up your love life? Well, Dr. Anthony Fauci’s got some words of advice before you decide to take the plunge and dust off that dating app.

While it’s no secret that finding love in the time of COVID-19 is proving to be extremely difficult and dangerous for many under stay-at-home orders, Fauci, who serves as one of the top medical professionals heading the White House’s Coronavirus Task Force, says you’re welcome to swipe away on Tinder, but only if you’re willing to accept the possible consequences.

During a recent taping of Snapchat’s “Good Luck America,” Fauci was asked to give his take on individuals who want to invite a new match over to their house amid the pandemic. What was his response, you wonder? “That’s tough,” he said.

“It’s what’s called relative risk,” Fauci explained. “If you really feel that you don’t want to have any part of this virus, will you maintain 6 feet away, wear a mask, do all the things that we talk about in the guidelines? If you’re willing to take a risk - and you know, everybody has their own tolerance for risks - you could figure out if you want to meet somebody. And it depends on the level of the interaction that you want to have.”

“If you’re looking for a friend, sit in a room and put a mask on, and you know, chat a bit. If you want to go a little bit more intimate, well, then that’s your choice regarding a risk,” he continued.

However, Fauci, who is also the director of the National Institute of Allergy and Infectious Diseases, cautioned against solely focusing on whether or not the person being invited over is sick.

“Even though there’s a lot of asymptomatic infections, that’s one of the things that’s really troublesome,” he stressed. “What we’re seeing, which becomes really problematic, is that there’s a considerable amount of transmission from an asymptomatic person. And we’ve got well-documented now, you know, that situation on the nuclear carrier, the Roosevelt, USS Roosevelt, where hundreds of sailors have gotten infected from people that were not sick.”

The latest figures show that upwards of 600 sailors aboard the USS Roosevelt have tested positive for COVID-19, Business Insider reported, noting that the count amounts to roughly 12% of the ship’s crew.

Asked how human interaction might change in a post-COVID-19 world, Fauci stated that the chances of handshaking completely disappearing aren’t exactly high.

“I think people will go back to handshaking, but we should probably be a little bit reserved in how we do that unless it’s in a social situation where it’s necessary,” the immunologist said. “The problem with human nature is that what will happen is that we will get over this. There’ll be new generations. They won’t have a corporate memory of it, and we’ll probably be acting the same way as we act all along.”

He did go on to say that moving forward, people just need to adopt simple hygiene measures, like washing their hands often and using alcohol-based hand sanitizers.

Fauci’s love advice comes the same week that Jonathan David, a 35-year-old Australian national, was sentenced to spend a month behind bars for reportedly breaking lockdown measures to visit his girlfriend.