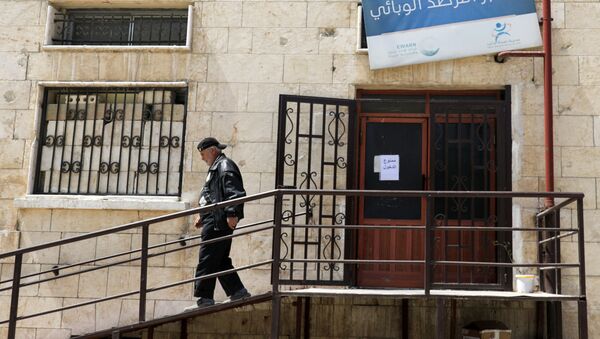 DAMASCUS (Sputnik) - Enemies of Syria's legitimate government are trying to discredit it making use of the coronavirus pandemic and acting under guise of fake humanitarian motives, Russian Ambassador to Damascus Alexander Efimov has said in an interview.

"The opponents of the legal Syrian authorities are deliberately making use of the situation around the pandemic of the deadly disease for implementing their well-known goals. Under the guise of fake humanitarian motives, they are calling, amid the coronavirus fight, on Damascus to engage in combat activity and to release prisoners, they insist on the need of cross-border deliveries that violate Syrian's national sovereignty",  the head of the diplomatic mission noted.

However, it is obvious that all this has nothing to do with real help and care for Syrians, Efimov believes.

According to the ambassador, the main aim is to finish something these opposing forces have failed to achieve through political and economical pressure on Syrians which is to discredit the legitimate leadership of the Syrian Arab Republic.

Such steps are aimed at blocking the fight against terrorism, freezing the separation lines, continuing the policy of Syria's territorial disintegration and undermining its state institutions, he underlined.