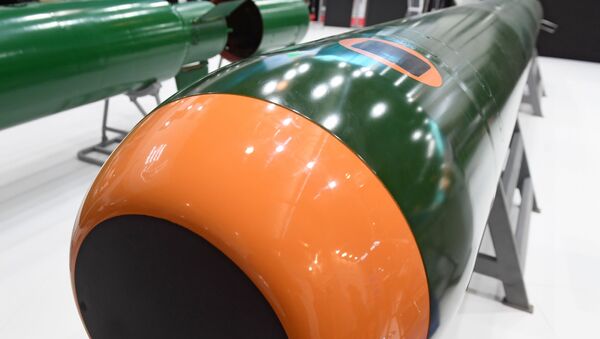 Tim Korso
All materialsWrite to the author
The naval expert explained that real sea battles, especially between submarines, rarely look like in the movies, as crews often have only split seconds to evade an incoming modern torpedo.

A retired US Navy submarine sonarman, Aaron Amick, has shared in an interview with The Drive online media outlet that modern torpedoes have made a huge step forward in terms of their technology, with their effective radius, speed, and lethality having greatly increased since the end of the Cold War. He named Russia's UGST "Fizik" (Russian for physicist) as among the best representatives of modern naval weapons, along with Britain's "Spearfish", Germany's SeaHake Mod 4, and France's F21.

"A potent cocktail of high-speed, lethality, long-range, and low-detectability give the modern torpedo attack a significant advantage over other naval weapons", the military expert said.

Amick noted that the long and thrilling attempts by submarines to evade enemy torpedoes, as is often depicted in movies, are not very common in modern warfare, as crews frequently only have very limited time to react to an incoming threat. He elaborated that most of these weapons are simply undetectable to submarine radars, unless they use active sonar detection for their targets.

Some of the world's best torpedoes, such as Russia's 65-76A "Kit" (Russian for whale), are capable of pursuing their targets for over an hour at distances beyond 100 kilometres and at speeds of up to 50 knots (92.6 kilometres per hour) if needed, Amick noted. The Russian Gydropribor institute that developed the Kit calls the torpedo one of the most powerful in the world and even capable of singlehandedly sinking an aircraft carrier. Amick noted that while this is possible, it might require more than one Kit torpedo.

"[A torpedo's capabilities] make evasion a very time-consuming affair, allowing the attack submarine time to evade and re-engage. There are ways to actively defeat a wake homing torpedo [like 65-76A], but a salvo of this kind of weapon is a carrier killer", the retired sonarman concluded.