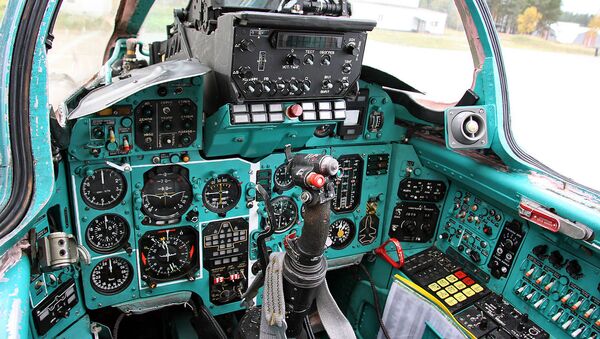 The incident took place on 16 April during a scheduled flight preparing for combat duty in the vicinity of the Kazakhstan's city of Karaganda.

A MiG-31 military aircraft has crashed in Kazakhstan's Karaganda region due to a fire in one of its engines, the Defence Ministry said in a statement.

"The accident occurred south of the airfield in Karaganda. After takeoff, one of the engines caught fire. After receiving an order to eject, military pilots directed the aircraft into a field, away from the settlement, making sure that nothing threatened the civilian population, and ejected. The pilots are alive", the ministry said.

The Kazakh minister of defence has ordered an investigation into the incident. A search and rescue squad from Kazakhstan’s Air Force has promptly arrived at the site.

In December last year, a Bek Air Fokker 100 plane, heading to the Kazakh capital of Nur-Sultan with 98 people on board, crashed soon after takeoff. It lost altitude, broke through a concrete fence, and hit an empty two-story building. 12 people were killed and 69 others were injured in the crash. The Kazakhstan Aviation Administration (AAK) launched an investigation into the incident.