The Fix is In? WWE Given 'Special Treatment', Deemed 'Essential Service' in US 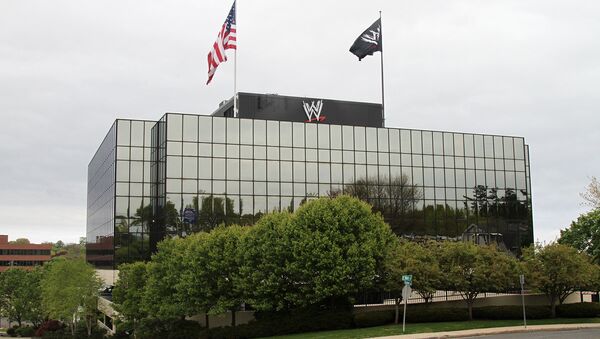 The news comes as the vast majority of sports the world over are in a state of lockdown, with matches, games and events of all sizes and significance, including the Olympics, on postponed indefinitely.

The US state of Florida has controversially ruled professional wrestling federation WWE to be an ‘essential’ service, placing the organisation on a par with hospitals, law enforcement and supermarkets.

Speaking at a news conference 13th April, Orange County Mayor Jerry L. Demings said while WWE was “not initially deemed an essential business”, discussions with the office of Governor Ron DeSantis and other state officials had prompted a volte-face. It’s unclear whether World Wrestling Entertainment’s operations in Florida, which include a sizeable training facility and many recent events, including its marquee annual WrestleMania show earlier this year, factored into the decision.

On 3rd April, DeSantis issued an executive order directing residents of the state to stay home unless providing essential services or participating in essential activities. However, in a newly-released memo from Jared Moskowitz, director of Florida’s Division of Emergency Management, the state has made three fresh additions to its list of ‘essential services’.

The news comes despite WWE recently acknowledging one of its employees tested positive for coronavirus recently. The infected staffer was allegedly not an “in-ring performer” and had no contact with anyone else from the company after being exposed to two people working in health care in March.

“All WWE performers and staff are required to participate in medical screenings prior to entering any closed set. Only essential personnel are on-site and social distancing is practised outside of performances. After each performance, the set goes through pandemic-level cleaning. When widespread testing becomes available, all talent will be tested before performing. We have recommended our talent to self-isolate when not performing,” a WWE spokesperson said.

​“It’s now more important than ever to provide people with a diversion from these hard times. We are producing content on a closed set with only essential personnel in attendance following appropriate guidelines while taking additional precautions to ensure the health and wellness of our performers and staff. As a brand that has been woven into the fabric of society, WWE and its superstars bring families together and deliver a sense of hope, determination and perseverance,” they added.

​The move may also raise questions about the political influence and connections of WWE chief executive Vince McMahon, and his wife Linda. The couple donated millions to President Donald Trump’s foundation, and Linda was subsequently appointed by Trump to lead the Small Business Administration, a post from which she resigned March 2019.

Kyle Herrig, president of anti-corruption campaign group Accountable.US, slammed the decision, stating that during a public health crisis, “the American people need to know the government is putting their needs first”.

“It’s unfortunate but hardly surprising corporate executives with close ties to President Trump are receiving special treatment from his allies. Like wrestling, the fix is in,” he fulminated.