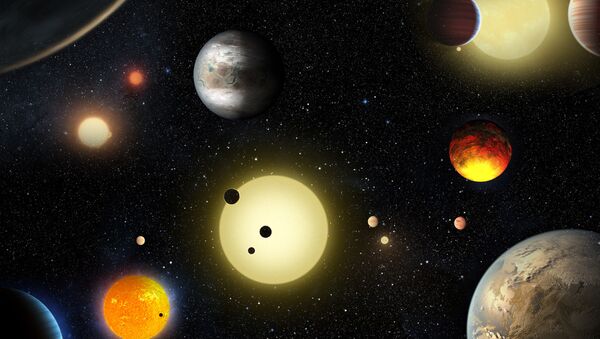 WASHINGTON (Sputnik) - Scientists taking a second look at old observations from the Kepler Space Telescope discovered a planet in a distant solar system the same size as Earth at a distance from its host star suggesting the planet could support water, NASA said in a press release on Wednesday.

“Out of all the exoplanets found by Kepler, this distant world - located 300 light-years from Earth - is most similar to Earth in size and estimated temperature”, the release said.

This newly revealed world, named Kepler-1649c, is 1.06 times larger than Earth. Also, the amount of starlight it receives from its host star is 75 percent of the amount of light Earth receives from the Sun - meaning the exoplanet's temperature may be similar to our planet’s, the release added.

Nevertheless, supporting life could be a challenge because the planet orbits a red dwarf star, a type known for stellar flareups, the release said.

Scientists discovered this planet when looking through old observations from Kepler, which the agency retired in 2018. While previous searches with a computer algorithm misidentified it, researchers reviewing Kepler data took a second look at the signature and recognized it as a planet, according to the release.