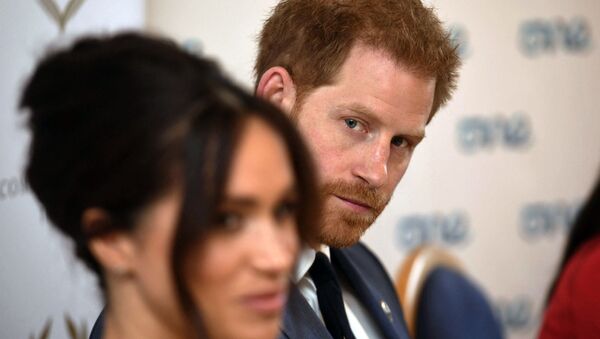 Lilia Dergacheva
All materialsWrite to the author
Now that the former royal couple and their almost 1-year-old baby have moved to the US to settle down in Meghan Markle’s home state of California, Harry’s friend Doctor Jane Goodall has revealed he is likely not really done changing his life.

Speaking about Prince Harry and his brother Prince William’s hunting hobby a friend of Harry, primatologist Doctor Jane Goodall has told Radio Times that the brothers “hunt and shoot".

She further suggested in the interview, set to promote her upcoming National Geographic series, that there is a certain level of influence that Meghan has over Harry, assuming that he will ditch his old ways:

“I think Harry will stop because Meghan doesn’t like hunting, so I suspect that is over for him", noted the 86-year-old chimpanzee researcher and nature activist, who previously mentioned she could have been one of the first people outside of the family to hold Archie after he was born.

Prince William and Prince Harry were last seen taking part in blood sports in December 2018, when they participated in the royals’ annual Boxing Day shoot together with Prince Charles. Kate and Meghan, a vocal animal rights advocate, are understood to have joined their husband only for lunch at the time.

Speaking about the challenges of the couple’s new American life, Dr Goodall admitted she does’t know how Harry’s career is going to unfold now that he and his wife have stepped down from their senior royal roles to provide for themselves independently:

“I don’t know how his career is going to map out, but, yes, I’ve been in touch – though I think he’s finding life a bit challenging right now", she told Radio Times.

Dr Goodall also remarked that Harry had hinted about their would-be family step-down when talking to her.

“‘I made Archie do the Queen’s wave, saying, 'I suppose he’ll have to learn this'", she recalled, further noting Harry shook his head in response:

“No, he’s not growing up like that", he reportedly said.

There, the couple is already, as it has been reported, working on their new all-embracing charity project - a non-profit empire called Archewell that will include conducting social and and psychological counselling, as well as nutrition and  dieting consultations. So far, the steps undertaken include trademark requests for a diversity of products - from motion picture films all the way to paperclips and merchandise like calendars and clothing.