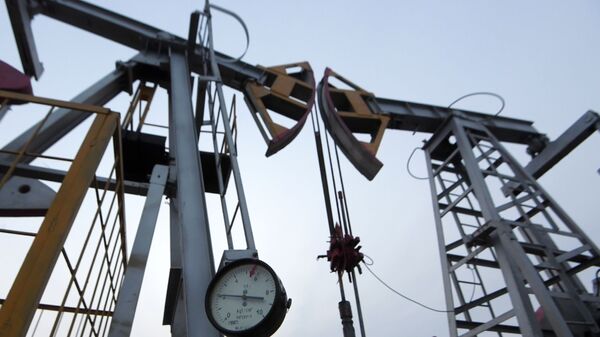 MOSCOW (Sputnik) - The OPEC+ deal will not prompt an immediate sharp rise in oil prices, but should the international community manage to curb the COVID-19 outbreak, it is possible that prices could rise to between $40 and $45 a barrel, Russia’s Gazprom Neft CEO Alexander Dyukov said.

“Of course, one should not expect a sharp increase in prices given the results of the deal. We continue to believe that the second quarter of 2020 will be the most difficult, but we hope that the removal of lockdown measures and the resumption of trade will take place in the summer, meaning that oil can reach its pre-crisis price by fall”, Dyukov stated in an interview with the Kommersant newspaper.

The Gazprom Neft CEO added that oil prices could reach $45 per barrel by the end of the year and expressed a positive outlook for the future.

“In such an optimistic scenario, the price could reach between $40 and $45 per barrel by the end of the year, with further growth in 2021”, he said.

According to the CEO, the OPEC+ deal is not set in stone and allows for adjustments depending on current market conditions. He said that Gazprom Neft is prepared for all market eventualities.

Brent crude oil futures closed at $31.74 per barrel on Monday.