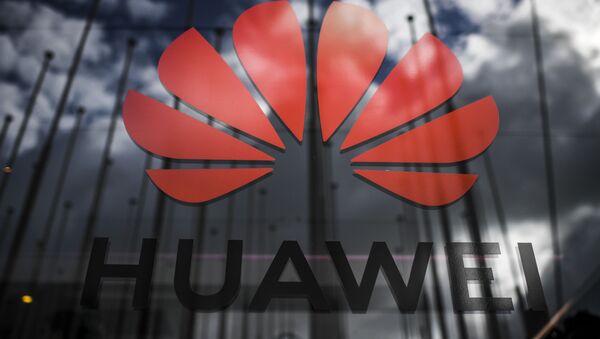 Oleg Burunov
All materialsWrite to the author
In late February, London announced that it would allow Huawei Technologies a limited role in building the UK’s 5G network across the country, despite earlier warnings from Washington that the move could potentially compromise Britain’s security.

He referred to a 50-percent boost in home data use during the coronavirus outbreak in the UK, which Zhang claimed put "significant pressure" on telecom systems.

He singled out Huawei’s ongoing cooperation with a raft of UK partners, including BT, Vodafone, and EE also pointing to the Chinese company’s three new warehouses in the UK which help Huawei ensure spare parts remain in supply.

Zhang added that despite the COVID-19 crisis, many people, especially those living in rural communities are "stuck in a digital slow lane".

In this context, he slammed those who “choose to continue to attack us without presenting any evidence”, warning that disrupting Huawei’s “involvement in the 5G rollout would do Britain a disservice”.

The remarks come after a group of Conservative MPs called for a review of London’s relations with Beijing, saying in their letter to Prime Minister Boris Johnson that “over time, we have allowed ourselves to grow dependent on China and have failed to take a strategic view of Britain's long-term economic, technical, and security needs”.

The letter followed the UK House of Commons voting in March to reject amendments to the country’s Telecommunications Infrastructure Bill, proposed by rebel Conservative members of parliament, which would have prevented Chinese tech giant Huawei from participating in the establishment of the UK’s 5G network.

I’m opposed to the government’s decision on Huawei’s involvement in our telecoms. There are alternatives as Australia, France, Czech Republic and even Vietnam show. There’s no point in taking back control from Brussels only to hand it over to Beijing. pic.twitter.com/FjcpMI0ZTS

The move was preceded by London’s announcement in late February that it would give Huawei Technologies a limited role in building the UK’s 5G infrastructure across the country, despite earlier warnings from Washington that the decision could potentially compromise Britain’s security and hamper intelligence-sharing between the US and the UK.

At the same time, London stressed that the Chinese tech giant would be excluded from the 5G network’s "core" parts, such as safety-related and safety-critical areas, e.g. military bases.

Washington has repeatedly accused Huawei of conducting espionage activities on behalf of the Chinese government, despite company officials strongly denying the allegations, calling them “anti-competitive” practices.

The White House’s crackdown on the Chinese tech giant kicked off in May 2019, when the US Department of Commerce banned Huawei and its subsidiaries from working with American companies and urged its allies to avoid conducting business with the Chinese firm.