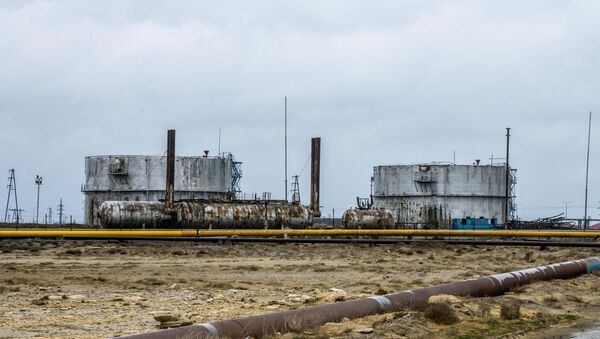 BAKU (Sputnik) - Azerbaijani President Ilham Aliyev said on Tuesday that the country could lose about $1 billion if oil prices do not rebound after the OPEC+ agreement.

"Quotas are already set. If oil prices do not rise to the required level, we will incur additional losses. We need to know that these losses can be about $700 million, or maybe even $1 billion. Therefore, we must take our steps now", Aliyev said during a video conference with the government.

According to the agreement, oil production in Azerbaijan will be reduced this year, he said.

"We need to know that the agreement between OPEC and non-OPEC countries imposes obligations on us. I want to say that Azerbaijan has always played a very active role in OPEC+", the president said.