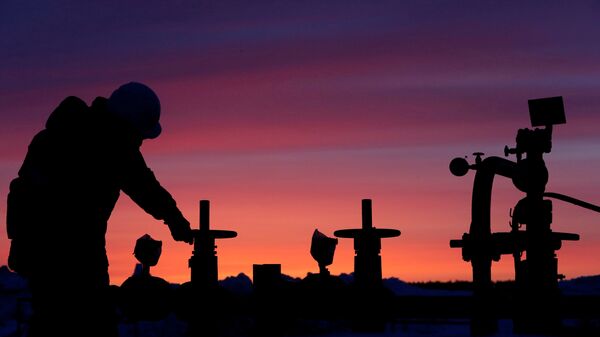 MOSCOW (Sputnik) - At a meeting with the Russian Energy Ministry on Monday, the country's oil companies supported a reduction in oil production under the OPEC+ agreement, Energy Minister Alexander Novak said.

"Today, a meeting with heads of oil companies was held in a video conference mode. We discussed the current situation on the market, as well as those decisions that were made as part of the OPEC+ agreement. The heads of the companies confirmed and supported the parameters of the agreement. They also believe that it is necessary to take radical measures today to balance the market", the minister told the Rossiya 1 broadcaster.

Russian President Vladimir Putin played a key role in the OPEC+ deal, and it could not have been agreed without him, Novak said.

"Vladimir Vladimirovich Putin certainly played a key role in reaching an agreement between the OPEC+ countries. We saw a number of disagreements. In recent days, the president has contacted the US President and the Saudi King on several occasions. These have been constant detailed negotiations. The deal could not have taken place without the president’s participation", he said.

The total reduction in global oil production from May to June may amount to 15-20 million barrels per day, the minister said.

Saudi Aramco Shares Fall on News of OPEC+ Deal, Output Cuts
He stressed that the United States, Norway and several other oil-producing countries also announced their intentions to reduce output.

OPEC+ countries, as well as oil producers from the wider G20 group of nations such as the United States, Brazil and Canada, reached a new agreement on Sunday to reduce oil production by 9.7 million barrels a day for two months within the OPEC+ group starting from 1 May, and possibly up to 15 million barrels of oil per day with G20 nations taken into account.