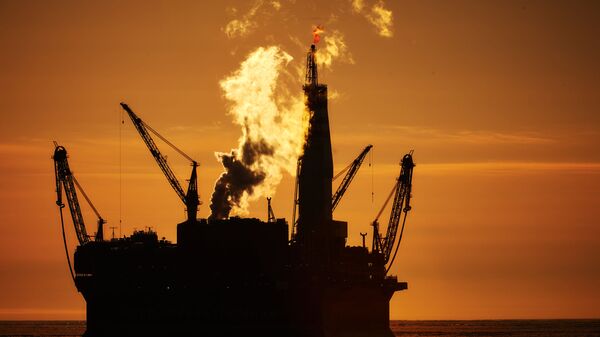 Russian Direct Investment Fund (RDIF) CEO Kirill Dmitriev told the broadcaster CNBC on Monday that the total oil production decrease by OPEC+ and other nations may reach over 15 million barrels per day (bpd), a statement that came after a new OPEC+ agreement which stipulates cutting oil output by 9.7 million bpd as of 1 May.

“We believe that the deal is for more than 15 million barrels a day if you count G20 nations”, Dmitriev said, adding the hope is that US production cuts would amount to over 2 million barrels per day in 2020 thanks to what he touted as a “historic” agreement.

He noted that the deal would “dramatically” support oil prices which Dmitriev said could nosedive “a lot below $10 a barrel”.

“[…] The deal does not mean that the oil price will be exceptionally high. […] We see that the markets are stabilising and this is very important. Of course, we will still have some volatility in oil prices but the support, the floor for oil prices is there. This is important for the stability of nations. It is good for producers and for consumers”, he pointed out.

The RDIF chief executive also praised the “huge role” of the Russian and US presidents as well as the King of Saudi Arabia to “drive this deal forward”.

He concluded by reiterating the paramount importance of the new OPEC+ deal in terms of containing “an oil price spike in the future”.

Dmitriev stressed that the deal will be “really good” not only for the economies of Russia and Saudi Arabia but for oil consuming countries as well.

“It is a win-win situation for many nations. It is not the message just about this deal. It is a message that if it is needed our countries are willing to act together to solve this big issue”, he said.

The remarks come after Russian President Vladimir Putin on Sunday held separate telephone talks with US counterpart Donald Trump and the King of Saudi Arabia, Salman bin Abdulaziz Al Saud to discuss the newly clinched OPEC+ deal on the “phased voluntary reduction of oil production”, according to a Kremlin press service statement. The statement said that during the talks, “once again the importance of the OPEC+ deal […] was noted”.

It was echoed by OPEC Secretary General Mohammed Barkindo who earlier applauded the deal's “production adjustments” which he said “are the largest in volume and the longest in duration”.

“We are witnessing today the triumph of international cooperation and multilateralism which are the core of OPEC values”, Barkindo stressed.

The statement was preceded by OPEC+ finalising the deal agreed upon at the group online meeting earlier on Sunday, an agreement that envisages cutting global oil output by about 10 million barrels per day as of 1 May. The deal was clinched after a few days of intense talks between OPEC+ members and Mexico’s reluctance to stick to 400,000 bpd offered by the group. The sides arrived at a compromise after the US agreed to reduce 300,000 bpd in production on Mexico's behalf.