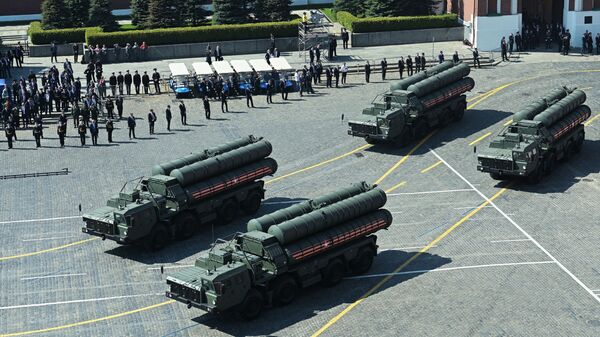 Ilya Tsukanov
All materialsWrite to the author
Last month, a subsidiary of S-500 maker Almaz-Antey confirmed that multiple components of the next generation air defence system had been developed and tested, with the completed complex to start testing with the military later this year.

The S-500 is not just a conventional air and missile defence system, but an anti-space weapon whose introduction will fundamentally change Russia’s air defence capabilities, says Col. (ret) Sergei Khatylev, former head of the anti-aircraft missile forces of the special forces command of the Russian Air Force.

“The system is capable of solving several tasks, for example, the detection and destruction of conventional aerodynamic targets, airplanes and helicopters, cruise missiles – anything that flies at speeds up to hypersonic. But besides this, the S-500 can shoot down ballistic targets, and not just during the downward portion of their flight, but at all other stages as well. And here the speeds are already cosmic – several km per second,” Khatylev said, speaking to the Moskovskiy Komsomolets newspaper.

With its ability to take out targets at a range of up to 600 km and an altitude of nearly 200 km, the S-500 can effectively defend against targets in near space. In other words, “this is an anti-space weapon,” Khatylev stresses. “The complex features a partition approach where one locator works on targets flying at maximum altitude, while the other is used for those flying near to the ground at altitudes up to 30 km,” he explains.

According to the retired commander, the S-500’s capabilities will fundamentally alter Russia’s missile defences, which, going back to the days of the Cold War, have traditionally been concentrated around Moscow. 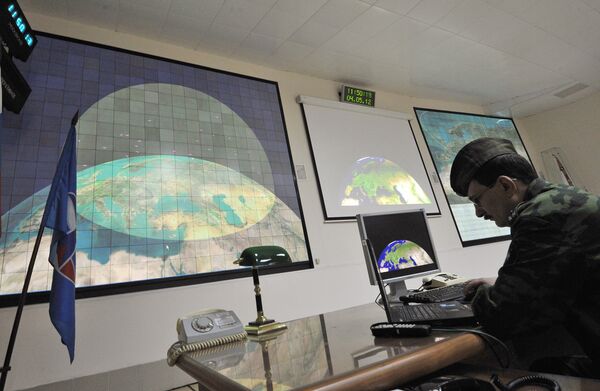 Servicemen at a radar of the missile defense system of Moscow.
© Sputnik / Ramil Sitdikov
/
Go to the mediabank

“With the advent of a complex like the S-500, we can talk about the anti-missile defence of whole territories. Later, when the production of these systems is increased and they are improved, we’ll be able to speak about creating on their basis the aerospace defences of the entire Russian Federation,” Khatylev says.

Last month, the Design Bureau for Special Machine-Building, a subsidiary of Almaz-Antey, confirmed that the S-500’s launcher, multi-functional locator, missile defence locator command post chassis and transporter units for early warning radar have already been developed, with testing underway. Late last year, Russia’s defence ministry reported that state testing would begin in 2020, with deliveries to the military to start in 2025. Russian defence giant Rostec has indicated that the first priority will be to manufacture the system for the Russian military before any talk of exports can even begin.