US Police Departments Sue for Access to Names, Addresses of COVID-19 Patients 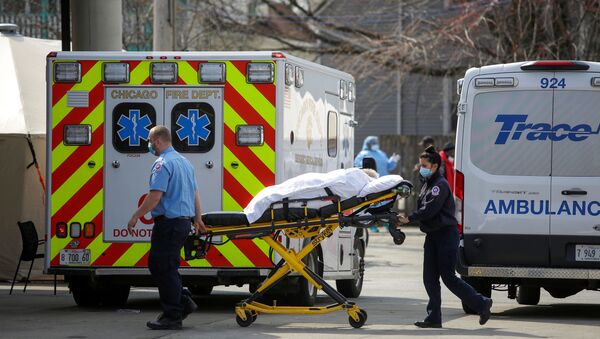 The law enforcement agencies of several towns in northern Illinois have banded together with a county sheriff’s office in seeking to have a judge force the local department of health to give them the names and addresses of those infected with the COVID-19 novel coronavirus.

The McHenry, Lake in the Hills, Algonquin and Woodstock Police Departments also joined in on one suit against the county.

Specifically, the lawsuits are seeking a list that includes the names and addresses of locals infected with COVID-19. McHenry County Sheriff Bill Prim argued in his department’s suit that while the health department had previously agreed to share the addresses of those with the novel coronavirus, that information alone is not enough, as addresses could change or be incorrect.

"Despite repeated guidance that the disclosure requested by the sheriff is permissible and required to protect the health and safety of the officer, the Health Department has refused to provide such information," McHenry County Assistant State's Attorney Jana Dickson wrote on behalf of the sheriff.

The Center Square highlighted that the Illinois Attorney General's Office issued a memo on April 3 which concluded that "federal and state law permit, but do not require" first responders be notified about a confirmed COVID-19 case at a particular address.

The law enforcement departments assert the information would be provided on a call-to-call basis and only to officers dispatched as first responders.

According to the Illinois Department of Health, the state has confirmed 17,887 cases of the novel coronavirus and suffered 596 related deaths.