'Gas Em All': US Synagogue Vandalised With Graffiti on First Night of Passover 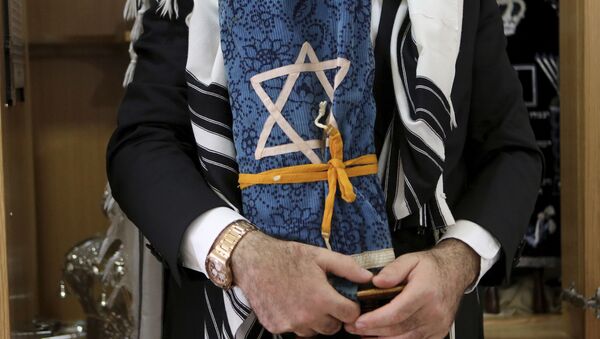 Amid the spread of the deadly coronavirus that has hit the US the hardest, Etz Chayim congregation of about 60 families has suspended in-person services.

A synagogue in Huntsville, in the US state of Alabama, was vandalised during the night from 8 to 9 April with graffiti, according to Southern Jewish Life Magazine.

On the first night of the Jewish holiday of Passover, the perpetrators sprayed graffiti on the Etz Chayim Synagogue, some of which read "Gas Em All", "White Power", "Jew Scum", and "Holohoax".

I hope the scumbag(s) who did this is/are punished.

​The graffiti was later removed and the damage was repaired by local volunteers.

Police are studying the footage from security cameras but it's difficult to identify the perpetrators due to rainy weather.

The city's mayor has condemned the anti-Semitic act.

“As a city, and as an inclusive community, we stand side by side with our Jewish brothers and sisters and people of all faiths. Any offence against one is an offence against all,” Mayor Tommy Battle said in a statement.

The outlet reports that the synagogue has held no services in recent weeks due to the coronavirus pandemic.