‘Unprecedented’: Record Bankruptcies Predicted in US Amid Pandemic - Professor 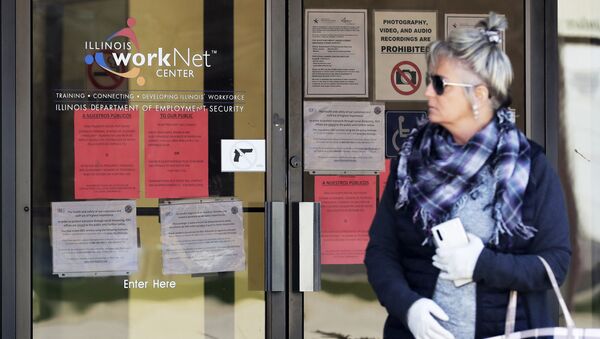 US bankruptcies linked to the COVID-19 crisis will set records during the next 12 months, Edward Altman, a professor emeritus at New York University’s Stern School of Business who devised a method known as the Z-score to forecast business failures, told Bloomberg.

“Whether it’s corporate bankruptcies or personal, this is unprecedented,” Altman said Friday. “We will break the record in dollar amounts because there are much greater amounts of debt outstanding now than in any prior downturn.”

However, according to Bloomberg, Altman isn’t currently predicting “record-breaking bankruptcy rates in the next year despite the surge in unemployment.”

In addition, economists at three US Federal Reserve banks predict that COVID-19-related bankruptcy filings could reach 1 million unless government stimulus programs curb that increase. At the end of the Great Recession in 2010, personal bankruptcy filings hit around 1.5 million.

A Thursday report by the Washington Post reveals that more than 17 million Americans have filed for unemployment benefits in the past month, as the US economy faces major blowback due to the lockdowns in place to contain the deadly COVID-19 outbreak.

Also on Thursday, Federal Reserve Chair Jerome H. Powell warned that the US economy is declining “with alarming speed.”

“We are moving with alarming speed from 50-year lows in unemployment to what will likely be very high, although temporary, levels. When the virus does run its course, and it’s safe to go back to work and safe for businesses to open, then we would expect there to be a fairly quick rebound,” Powell added.

JPMorgan economists on Thursday also stated that the US’ struggle with the pandemic will result in a 20% unemployment rate and a historic 40% plunge in the gross domestic product (GDP) for the second quarter of the year.

“With these data in hand we think the April jobs report could indicate about 25 million jobs lost since the March survey week, and an unemployment rate around 20%,” the researchers are quoted as saying by CNBC.