Trump Administration Preparing to Block China Telecom In US 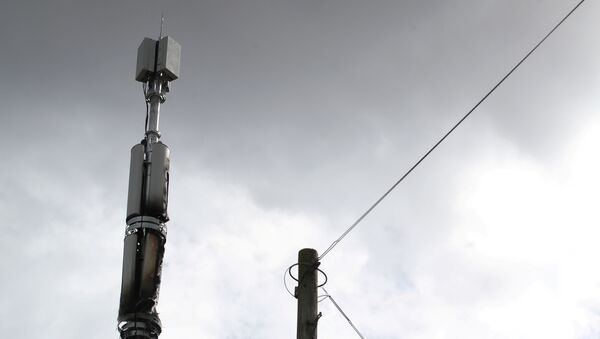 © REUTERS / CARL RECINE
Subscribe
Earlier, President Donald Trump signed into law a bill preventing US government funds from being used to purchase equipment from the Chinese tech giant Huawei and other technology companies that "threaten the national security of the United States".

According to the US Justice Department, US President Donald Trump's administration has recommended that the Federal Communication Commission (FCC) revoke China Telecom's authorizations to provide service to and from US.

The agencies said that the "nature of China Telecom's operations" in the United States could potentially allow them "to engage in malicious cyber activity enabling economic espionage and disruption and misrouting of US communications."

China Telecom is the US subsidiary of a People’s Republic of China state-owned telecommunications company. If these recommendations are approved, this could mean that China Telecom's mobile and Internet customers would no longer be connected with or through the United States.

On 23 March, Trump signed the Secure 5G and Beyond Act of 2020, a piece of legislation that calls for his administration to roll out a strategy for 5G implementation across the country. It mandates that the US President develop a plan to “provide technical assistance” to America’s security allies, strategic partners and other countries deemed to be of interest.

This came amid Washington banning Huawei, the world's largest provider of telecoms equipment and a leader in the new 5G technology, from supplying government systems and urged the private sector not to use its equipment. However, Huawei's revenues increased 19.1 percent year-on-year (YoY), according to its 2019 Annual Report.

"Despite enormous outside pressure, our team forged ahead with a singular focus on creating value for our customers. We worked hard to earn their respect and trust, as well as that of our partners around the globe," Huawei's chairman Eric Xu said.

In April 2019, the US Central Intelligence Agency (CIA) accused Huawei of being financed by China's National Security Commission, the People's Liberation Army, and the People's Republic Intelligence, which the company denied. In May 2019, Washington blacklisted Huawei, which resulted in several international tech giants ceasing any cooperation with Huawei after Trump's ban.

000000
Popular comments
Please re-elect that Orange Bobble head and let him finish his destruction of America. A good riddance for the rest of the world.