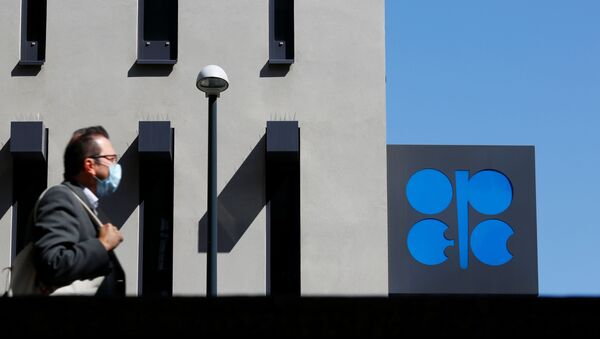 Earlier, OPEC+ adopted a declaration of cooperation that envisages a three-stage reduction of oil production compared to the level of October 2018.

Saudi Arabia's Energy Minister, Prince Abdulaziz bin Salman, said on Friday that he expects nations such as the US, Canada, Brazil and others to join OPEC+ effort to stabilise oil market "using their own approaches".

He added that a final OPEC+ oil supply pact to reduce 10 million barrels per day "hinges on" Mexico joining in the cuts.

"I hope (Mexico) comes to see the benefit of this agreement not only for Mexico but for the whole world. This whole agreement is hinging on Mexico agreeing to it," he said.

On Thursday-early Friday, OPEC+ held talks on a new oil output cut deal, which failed to result in an adopted agreement because of Mexico's decision to withdraw from the talks.

If the deal is approved, the OPEC+ countries will decrease their daily oil output by 23 percent, or 10 million barrels compared to October 2018.