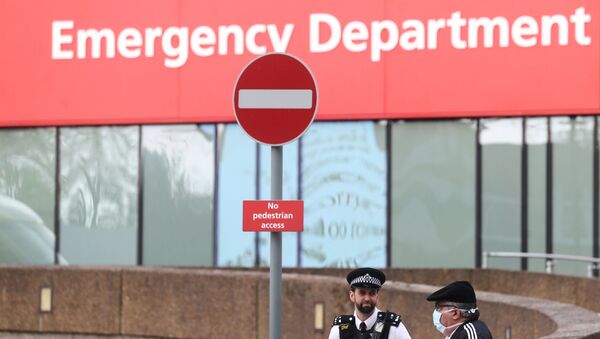 © REUTERS / SIMON DAWSON
Subscribe
According to UK media, Britain's Prime Minister Boris Johnson, who had earlier tested positive for COVID-19, is back in a hospital ward after spending three nights in intensive care, “where he will receive close monitoring during the early phase of his recovery.”

A UK Labour councillor has faced backlash for her social media post dismissing Boris Johnson's battle with COVID-19 as a "publicity stunt"; the Prime Minister was placed in intensive care after being admitted to hospital in London on Sunday evening after his condition failed to improve.

Leeds representative Julie Heselwood had been responding to a post by radio host Ryan Swain when, according to screengrabs obtained by political blogsite Guildo Fawkes, she wrote on Facebook:

“It’s a publicity stunt - they we’re [sic] doing badly being criticised for their handling of this, next thing he’s in hospital in ICU-a publicity stunt fir [sic] sympathy and to change the narrative. Don’t fall for it.”

A surge of comments on the post lambasted the politician, with some questioning whether she was “fit to be a councillor for any party”; Heselwood, judging by the screengrabs, responded by writing:

"I just understand politics. I'm out there in the community I represent, delivering food parcels, getting shopping for older people self-isolating - so doing my job. My father died of pneumonia six years ago whilst battling cancer - what was Johnson and his give doing then? Removing the funding that was helping to keep my dad alive - so forgive me for being cynical."

The councillor has since removed the comments to her controversial post from Facebook and issued an apology.

In a letter to the leader of Leeds City Council, she is cited by The Sun as saying:

"I am deeply sorry for my crass and offensive comments about Boris Johnson's hospital treatment. I was wrong, I should never have made that claim and I apologise unreservedly. I wish the Prime Minister a speedy recovery and my thoughts are with him and his family at what I know is a very difficult time for them."

A spokesperson for the Labour party echoed:

“Leeds City Council is working round the clock in one of the country’s largest districts to respond to this global public health crisis. All Labour councillors are doing what they can to keep services running, keep people safe and support their communities. Julie Heselwood fully accepts her post was wrong and has apologised unreservedly for it.”

Despite the apology and removal of Heselwood’s post, the backlash has persisted; Barbara Hind hit out on her wall, saying: "Your fingers must be getting sore by now with the non-stop deleting of comments... how about a comment from you saying how sorry you are."

​Earlier, Sheila Oakes, mayor of Heanor in Derbyshire, was expelled from the Labour Party after saying that Johnson “deserved” to have contracted coronavirus in response to a post asking people to say a "little prayer" for Johnson.

Despite apologising “unreservedly”, the Labour Party withdrew the whip from Oakes.

The news came after Johnson was transferred to an ICU at St. Thomas' Hospital in Westminster on Monday night as his symptoms, including a persistent cough and fever, worsened. 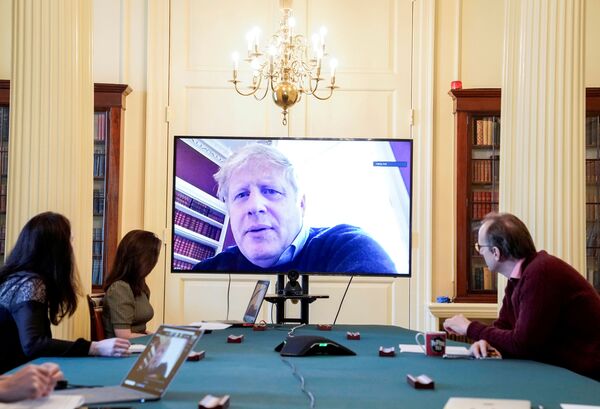 Late on Thursday, news broke that Boris Johnson, who first announced that he had tested positive for COVID-19 on 5 March, was out of intensive care at St Thomas' Hospital in London and was in “extremely good spirits”, according to Downing Street.

In a statement released on Thursday evening, a No 10 spokesman said:

“The prime minister has been moved this evening from intensive care back to the ward, where he will receive close monitoring during the early phase of his recovery.”

CNN: British Prime Minister Boris Johnson “has been moved this evening from intensive care back to the ward, where he will receive close monitoring during the early phase of his recovery,” a spokesperson says.

​Johnson has reportedly not been playing any role in government, with First Secretary of State Dominic Raab deputising for the Prime Minister.

000000
Popular comments
It WAS a publicity stunt. They denied claims that he wasn't on a ventilator and was breathing on his own. If so why would they move him to the ICU? His place could have been taken by someone who needed it more than him. All that solidarity and compassion like when Prince Charles had Coronavirus for long 7 days. You can't buy that anywhere and BoJo will be next to Superman, Batman, Robocop and other superheros after he will be cured and always remembered as the saviour of Britain right after they will blame China for everything since the Big Bang.