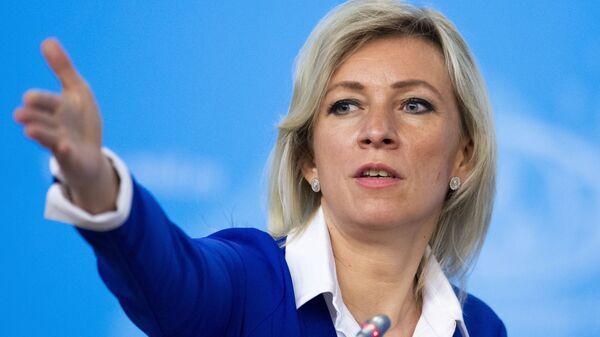 MOSCOW (Sputnik) - The Russian Foreign Ministry on Thursday rejected allegations that the country is running a troll factory in the western African nation of Ghana to target US voters in the run-up to the 2020 presidential election.

On 12 March, CNN published a month-long journalism investigation accusing Russia-linked organizations of meddling in the US presidential election via troll factories in Ghana and Nigeria. The next day, five US Democratic Senators, in a letter on the European Union, called for tightening sanctions on Russia.

"Another ‘masterpiece’ has appeared, i.e. a CNN investigation into Russia’s alleged interference in the US electoral process. As you see, we are all over just that at the moment. Now they say about some serious Russian structures allegedly using non-governmental organizations registered in a foreign country – this time it is the Republic of Ghana – to employ deep-cover trolls to sow discord among African-American voters in the United States," stated Maria Zakharova, director of Russia's Information and Press Department of the Ministry of Foreign Affairs.

She added that it was not the first "pseudo-report" on the matter but one of the most catchy.

The spokeswoman described the reports as "provocative hoaxes" that have their purpose and are generously funded by those who order them.