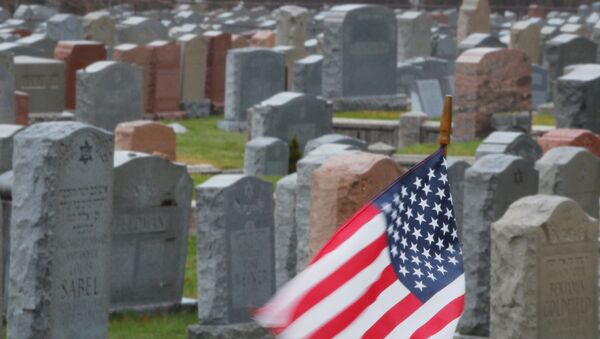 © REUTERS / Brian Snyder
Subscribe
International
India
Africa
The reported death toll associated with the COVID-19 novel coronavirus pandemic in the US surpassed 16,000 on Thursday, according to data from the Johns Hopkins University dashboard.

With at least 452,582 cases of the novel coronavirus reported in the US, the nation is continuing to grapple with the sheer volume of infected individuals.

As of this article's publication, some 16,129 individuals who contracted the virus have died in the US. Italy, which has reported at least 18,279 COVID-19-related deaths, is the only country with more fatalities.

“That is so shocking and painful and breathtaking, I don’t even have the words for it," he said, as reported by the Boston Globe.

New York City alone represents a major portion of the US' infected population, with 80,204 confirmed COVID-19 cases and 4,260 deaths, according to NYC Health.

Michigan and New Jersey have also been significantly impacted by the novel coronavirus. The New Jersey Department of Health has reported 51,027 positive tests for COVID-19 and at least 1,700 related deaths statewide. An estimated 21,504 novel coronavirus cases have been reported by Michigan's health department, along with a total of 1,076 fatalities linked to the contagious disease.

Despite the growing body count, Federal Reserve Chairman Jerome Powell appeared optimistic about the US economy during a video conference hosted by the Brookings Institution think tank on Thursday.

"When the virus does run its course and it's safe to go back to work and safe for business to open, then we would expect there to be a fairly quick rebound as people do go back to work and start resuming normal levels of economic activity," he said, adding that after June 30 would be his rough estimate of when the rebound would occur.

It's worth noting that around 24,815 cases of the virus in the US have been identified as "recovered." Worldwide, 346,780 cases have been labeled "recovered."

Though initial estimates suggested somewhere between 100,000 to 200,000 Americans would die from the pandemic by early August, an updated model from the Institute for Health Metrics and Evaluation predicts a peak of 60,415 COVID-19-related deaths.