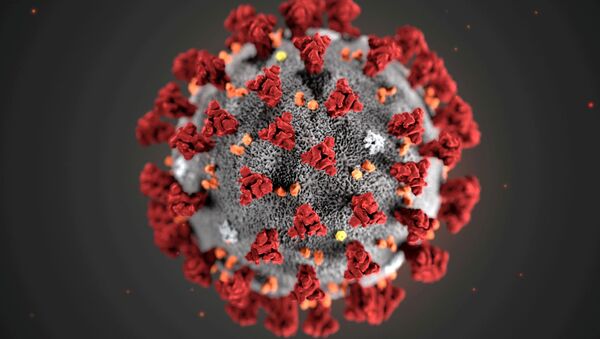 © REUTERS / Alissa Eckert, MS; Dan Higgins, MAM/CDC/Handout
Subscribe
The US nonprofit organization National Academies of Sciences released a report to the White House on Tuesday predicting that the summer’s warmer temperatures would not significantly halt the spread of the COVID-19 coronavirus.

According to the study, which was performed by members of the academies’ Standing Committee on Emerging Infectious Diseases and 21st Century Health Threats, the effects of heat and humidity on COVID-19 are inconclusive. The scientists thus warned that the conclusion that summer temperatures would stop the spread of the virus should be “interpreted with caution.”

“There is some evidence to suggest that SARS-CoV-2 may transmit less efficiently in environments with higher ambient temperature and humidity; however, given the lack of host immunity globally, this reduction in transmission efficiency may not lead to a significant reduction in disease spread,” the report notes.

“Although the experimental studies show a relationship between higher temperatures and humidity levels, and reduced survival of SARS-CoV-2 in the laboratory, there are many other factors besides environmental temperature, humidity and survival outside of the host, that influence and determine the transmission rates among humans in the ‘real world,’” the report adds.

“Given that countries currently in ‘summer’ climates, such as Australia and Iran, are experiencing rapid virus spread, a decrease in cases with increases in humidity and temperature elsewhere should not be assumed,” the researchers concluded.

There have been conflicting reports on the effects of weather on the coronavirus. A study published on March 10 by Chinese researchers concluded that high temperatures and humidity could reduce the transmission of COVID-19.

The coronavirus has infected nearly 1.6 million people and led to the deaths of more than 95,000 people worldwide, according to the latest data by Worldometer.

000000
Popular comments
I have already pointed out that it is cold weather , reference Greenland . Another country , more cold than warm , but plenty of rain , New Zealand , in fact , thanks to the female PM , a complete lock down , number of deaths , one only .

Richard Martin
10 April 2020, 00:49 GMT
000000
Anyone writing caught fraudulent data and/or sensationalized and propagandized lies needs to meet their fate under the Nuremberg Code for aiding and abetting in crimes against humanity.