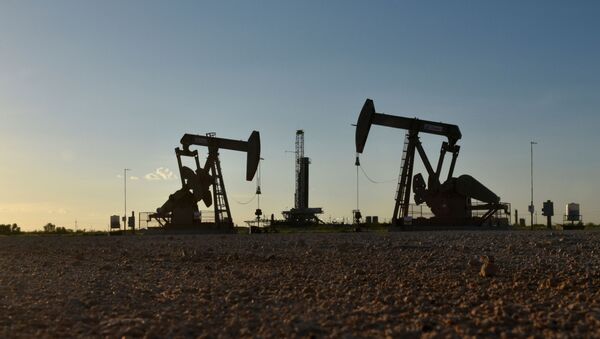 Oil prices fell on global markets in early March after OPEC+ members failed to agree on an extension to the agreement beyond 1 April against a backdrop of the coronavirus pandemic.

Oil prices have reported a dramatic surge during the meeting of OPEC+ members, according to trading data.  The June futures for Brent oil have jumped to $35.65 per barrel, rising by 8.56%, as of 17:39 Moscow time. Meanwhile, WTI futures for May rose by 9.8% to $27.55 per barrel.

The surge comes as the OPEC+ countries and oil producers that were not previously part of the deal began their video conference on the oil market, a source in one of the delegations revealed.

The oil producers will reportedly debate oil cuts of up to 20 million barrels per day, Reuters cited an OPEC source and a Russian source as saying.

Other sources told Reuters that Russia and Saudi Arabia had managed to overcome their main differences on agreeing a new deal on oil cuts.

Earlier in the day, OPEC+ countries announced they would discuss the creation of a new agreement to reduce oil production with the possible participation of other major oil producing states to stabilize the situation on the market.

Prior to the conference, US Energy Secretary Dan Brouilette said in an interview that the United States is optimistic that Russia and Saudi Arabia will reach a successful agreement to stabilise global oil prices.

In March, OPEC+ countries were unable to bridge their differences on the need to further slash oil production amid the coronavirus pandemic.