Get Infected or Die From Hunger: The Hard Choices French Sex Workers Face Amid COVID-19 Lockdown 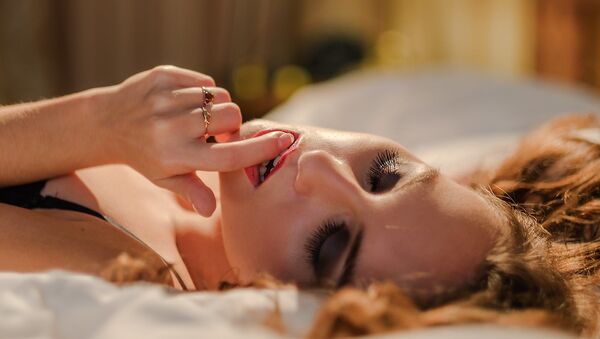 CC0 / /
Subscribe
French sex workers have found themselves between a rock and a hard place amid the coronavirus outbreak with their sources of income running dry. However, the government has not lift a finger to help those left out in the cold say representatives of sex industry union and association for the abolition of prostitution.

French prostitutes are struggling to make their ends meet amid the COVID-19 pandemic being caught between two fires: vanishing clientele and the fear to get infected. Those who lose their income, end up in the streets, some get fined because travelling is banned. Meanwhile, France has extended lockdown beyond 15 April as the number of confirmed cases and deaths mounted over 77,000 and 10,000, respectively.

'We Weren't Confident About Future, Now It's Real Disaster'

Even before the implementation of quarantine measures the French sex industry was going through difficult times following the adoption of laws cracking down on “the oldest profession in the world”. Since April 2016 a client can be fined from €1,500 to €3,750, which led to decrease in the number of those seeking to buy sex services.

"Since then, we have been working in more and more unstable conditions, which prevents us from saving money in case we have to take a break from work,” says Anais de Lenclos, prostitute, spokeswoman for the STRASS Sex Workers Union (Syndicat du Travail du Sexe).

While sex workers observe quarantine to protect their health and the health of their clients, they have ended up without any income. For many of them this means having no money to pay for food and accommodation, she notes.

"We weren’t confident about the future, and now it’s a real disaster. I’ve got specific examples. For example, some live in hotels and pay for their rooms daily; today they’ve ended up in the street", she underscores.

Those who resume their work are not feeling safe either given the drastic sanitary situation: "In reality, it’s impossible to keep social distance, to remain in optimal sanitary conditions", Anais stresses.

However, according to her, they have little if any choice as they face a dilemma: to either become infected or end up in the street and die of hunger.

Though the French Ministry of Economy has announced a special aid package of €1,500 for independent workers who lose income amid the COVID-19 lockdown, sex workers are not on the list.

"In France, the legal situation for sex workers is quite complicated: we have the legal right to work, to be declared and pay taxes… However, we have no social security; there are neither unemployment benefits, nor full-fledged social benefits. Support measures for micro-entrepreneurs apply to very few of us because we have a specific situation", the sex worker elaborates, stressing that "this is unacceptable".

Anais highlights that in contrast to France, all declared sex workers in Germany have received an official letter from the state, like all other workers. While introducing quarantine, the French authorities merely overlooked the problems of those whose situation is not “classical” with an official renting contract, job and salary.

Anais, who has been working in sex services for the past 9 years, underwent surgery in January and planned her budget in such a way as not to work until the end of March. Now she is running out of money. "I don’t know when I will have to resume working. I don’t want to return to work; I am afraid, given the sanitary situation", she says. 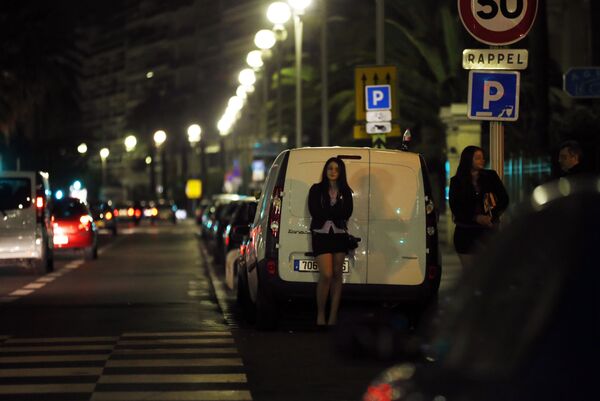 Prostitutes wait for clients in a street of the French southeastern city of Nice, on March 28, 2013
© AFP 2021 / VALERY HACHE

French Gov't Should Take Care of Those Left in the Dust

Sandrine Goldschmidt, journalist, activist and spokeswoman for the Nest Movement (Mouvement du Nid), an association for the abolition of prostitution, confirms that in France, the state doesn’t regulate prostitution.

"Some women end up in a difficult situation, suffering pressure and violence from their pimps, who force them to seek clients and bring money; but they don’t want to, because they know it’s dangerous", the activist says. "Another problem is people who know that they no longer have any means of living and cannot pay the rent or their part of the rent; therefore they end up in the street".

Having said that the association is taking every effort to help, providing food, sanitary products, essential goods and minimal financial assistance to those in need, the activist points out that "the main problem today is temporary accommodation".

"We urgently need temporary housing, notably separate housing", Goldschmidt says. "These women cannot be with everyone, because the risk of infection is too great".

According to the activist, the association is doing its best to cooperate with French public organisations that are involved in helping homeless and women who are victims of violence. She notes that there are also state mechanisms providing temporary housing in some provincial departments via 115 service. However, this is not possible in the Paris region.

"We tell the authorities that urgent measures should be taken to help these people who have been left in the dust amid the current difficult situation", Goldschmidt stresses.

Yet another way out is to quit working in sex industry. According to the activist, there are 200-250 women in France who have decided to give up prostitution go through the Nest Movement.

"It’s not many, but we have just started to implement this system", she emphasises. "Two years ago we started helping such women, and today they’re at the end of this route. We can see how much this mechanism, which didn’t exist before, has changed the lives of these people, it’s amazing! We should apply this law more widely and more energetically".

000000
Popular comments
Not just sluts. Isn't that the situation for most people all over the world. I'm sick of these innocent gestures
Airborne
9 April 2020, 13:04 GMT1
000000
Unlike factory workers prostitutes can at least fetch some food for their services and not starve like the article suggests. Plenty of female factory workers would probably swap places with prostitutes to get some food on the table and not cry about starving.