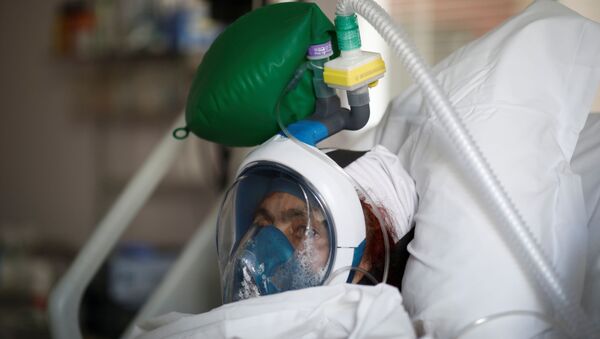 Last Friday, UK Health Secretary Matt Hancock said that the COVID-19 outbreak in the United Kingdom is expected to reach its peak as soon as mid-April, prompting the country to seek medical equipment internationally due to the inability of national manufactures to produce the needed amount in time.

The German army is planning to donate 60 mobile ventilators to the United Kingdom following a call for help as the British National Health Service (NHS) is preparing for the peak of the of the coronavirus pandemic in the country, according to The Guardian, citing a spokesperson for the German Defence Ministry.

The German ministry said it has donated the equipment, made by two specialist German manufacturers, Drager and Weinmann, to the UK due to the urgency of the British situation.

According to the newspaper, UK Health Secretary Matt Hancock said that the NHS has 10,000 ventilators currently, noting that the UK would need to acquire 18,000 pieces in seven to 10 days before the pandemic peaked in mid-April.

Since March, the UK has reportedly received about 480 ventilators, donated from China, Taiwan, Sweden and the US. The country is expecting another 200 of the devices from US companies.

In addition, NHS officials said that 1,500 ventilators ordered from overseas are expected to arrive in the next two weeks. The officials also said that local manufactures would deliver thousands of the devices within weeks.

The NHS has insisted that they much have the appropriate amount of ventilators prior to the peak of the pandemic.

As of Thursday, the United Kingdom has registered over 65,800 coronavirus infection cases, while the virus-related death toll in the country has jumped to 7,992, according to the Johns Hopkins University COVID-19 dashboard.