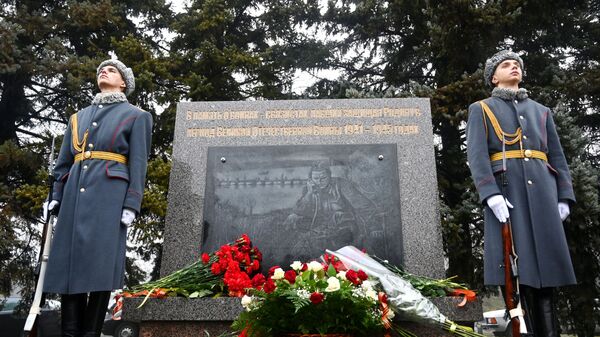 MOSCOW (Sputnik) - A former member of the Schutzstaffel (SS) Helmut Oberlander, who was recently stripped of Canadian citizenship, is complicit in the World War II shooting of 27,000 people in Russia's Rostov region, Russian investigators said Thursday.

"It was determined that the interpreter of sondercommando SS-10a Helmut Oberlander was complicit in this crime," the investigators said.

According to the investigators, a Sonderkommando, Nazi security police and intelligence agents took no fewer than 27,000 people to a small village in the region under the pretext of resettlement and shot them.

In February, Canada’s Immigration and Refugee Board (IRB) said it was considering ex-Nazi Helmut Oberlander’s request to dismiss his deportation case over lack of jurisdiction.